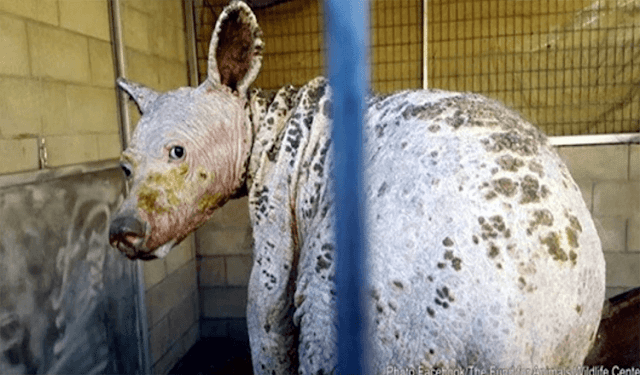 When people in California noticed a hairless creature rummaging through the trash, they phoned a nearby rescue organization out of panic and concern.
The Humane Society of the United States reports that when they arrived, they were astounded to see a juvenile black bear with no fur. The Fund for Animals Wildlife Center, an affiliate of [The Humane Society of the United States], was called after the bear was captured and originally given to the California Department of Fish and Wildlife. (FFAWC) 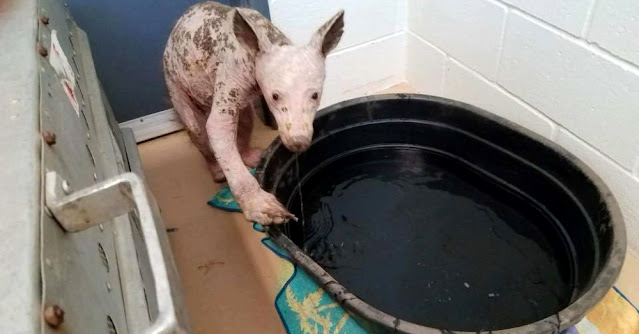 They examined the bear and found that she was coated in mange. A painful skin condition known as mange is brought on by skin mites. Her entire body had been affected by the mange, which also caused severe hair loss.

The bear needed assistance and a safe place to recuperate. Two sympathetic volunteers from the California Department of Fish and Wildlife drove the bear, which they called Eve, to the FFAWC on Christmas Eve. The bear was given the required care in a sanctuary by FFAWC. They had to carefully consider the bedding and materials to use due to her severe condition of mange. They were careful not to aggravate Eve’s skin any further. Additionally, because mange is so contagious, it had to be kept as clean as possible. 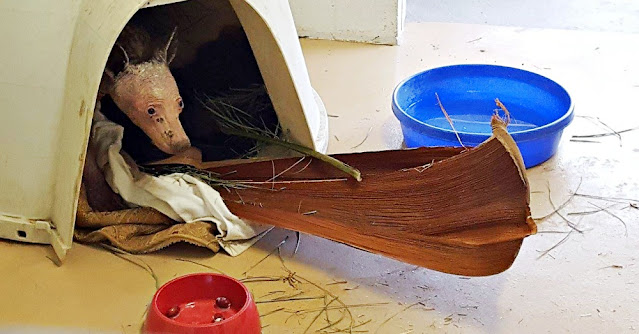 Eve was placed in her own refuge at FFAWC so she could heal. She rapidly won over the volunteers’ hearts. Even if Eve is recovering, it will take time. Her medical team is optimistic that she will fully recover. FFAWC will return her to the wild after she has recovered fully. “Each day she explores her room and starts choosing materials to shred and bring into her igloo to create a nest for the night,” the FFAWC staff wrote in a post about her rehabilitation. She puts forth a lot of effort, and it’s always intriguing to watch what she produces.
She is relishing her alone and the abundance of fresh food, especially apples, until the day comes when she is let go. She returns to her nest with each apple in the video.