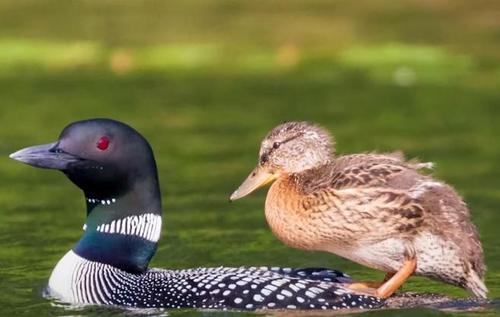 In the middle of July, researchers recently traveled to Long Lake, Wisconsin. The members of The Loon Project believed they would be seeing an ordinary day for the many birds on the water. The researchers, however, reacted in horror as a mother loon gently swam by them carrying a young on her back. 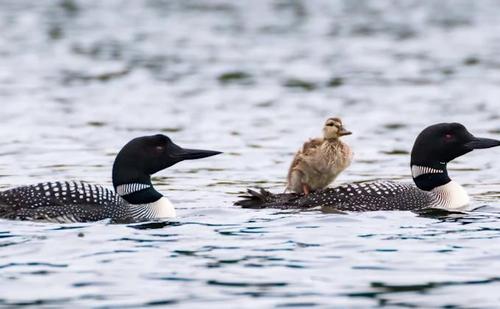 It wasn’t a loon baby. A little duckling, that was. 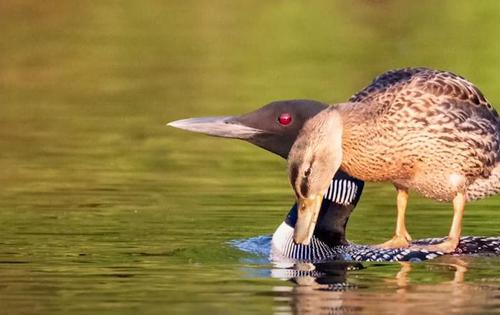 Nobody in the room had ever seen something similar. The majority of the tale was eventually put together by the researchers through meticulous observation and inquiry. Prior to the arrival of the duckling, the loon couple was already parents. Sadly, the couple misplaced their baby loon.
The loons frantically looked for another animal to take care of since they had such strong maternal instincts. They must have noticed the little duckling by himself at that point. They made the decision to nurture the duckling themselves. Given that ducklings will imprint on the first moving parental figure they come into contact with, it was a simple assignment.
The duckling made no protests when the loons chose to take him in. He was content with his brand-new family and prepared to make himself at home. 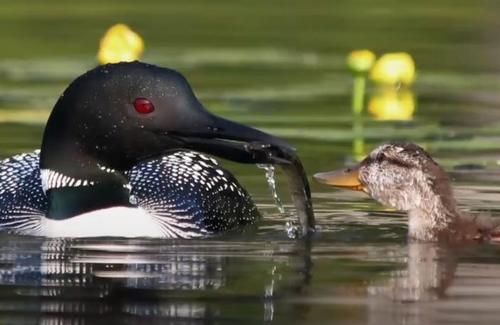 He even picked up the ability to dive all the way to the lake’s bottom in search of food, a skill that the majority of ducklings never need to master. This small duckling is adjusting to a foreign diet rather well, despite the fact that loons and ducklings don’t consume the same kinds of food.