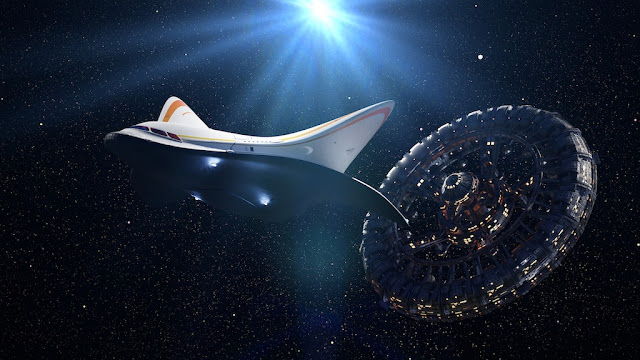 We may track the advancement of human civilisation in a variety of ways. Population increase, empire rises and falls, and our technical ability to strive for the heavens are all examples of this.

Calculating the amount of energy humans utilize at any particular time is one straightforward metric. Our capacity to harness energy has become one of humanity’s most beneficial talents as it has spread and progressed.

If one considers that civilizations on other worlds have similar abilities, a species’ energy usage is a decent approximate indicator of their technical strength. The Kardashev Scale is based on this concept.

Nikolai Kardashev, a Russian astronomer, proposed the scale in 1964. He divided civilizations into three categories: planetary, stellar, and galactic civilizations.

Carl Sagan popularized the concept by proposing a continuous scale of measurement rather than just three categories.

So, what kind of civilisation do we have here? Despite the fact that humans consume a significant quantity of energy, it turns out that we aren’t even Type I.

On average, roughly 1016 Watts of solar energy reaches Earth, and mankind consumes about 1013 Watts. On the Sagan sliding scale, we’re now at 0.73.

It’s not awful for a group of advanced primates, but it does present an intriguing topic. Is it really possible to get to Type I? After all, we can’t possibly catch all of the sunlight that reaches Earth while maintaining a livable environment.

This topic is explored in an article that was just published on the arXiv. The research examines the three basic energy sources: fossil fuels, nuclear power, and renewable energy, and estimates their potential increase over time.
On the one hand, getting to Type I appears to be a simple task. Make energy generation your main focus, and you’ll get there eventually. However, each energy source has its own set of constraints.
In the most severe event, such as burning every ounce of fossil fuel available, climate change might reach a point where we will all be trapped in a so-called Great Filter. If you’re extinct, you can’t become a Type I civilisation.
As a result, the team takes a more nuanced approach, analyzing each type of energy source’s physical limitations and balancing them against the need to limit climate change and pollution levels as outlined by the United Nations Framework Convention on Climate Change and the International Energy Agency.
They discovered that mankind can achieve Type I status despite practical constraints. On the down side, we won’t get there until at least 2371.
This isn’t always a terrible thing. The Kardashev Magnitude is a crude instrument for assessing the scale of human technological development.
While modern civilizations consume a lot of energy, we’ve seen how breakthroughs in low-power computing and better efficiency have allowed us to reduce or even eliminate our energy usage while still progressing technologically.
While this research demonstrates how we may evolve into a Type I civilisation, it’s possible that we’ll be genuinely sophisticated once we understand we don’t have to.

2 thoughts on “When Will Humanity Become a Type I Civilization? A New Paper Explores Our Limits”