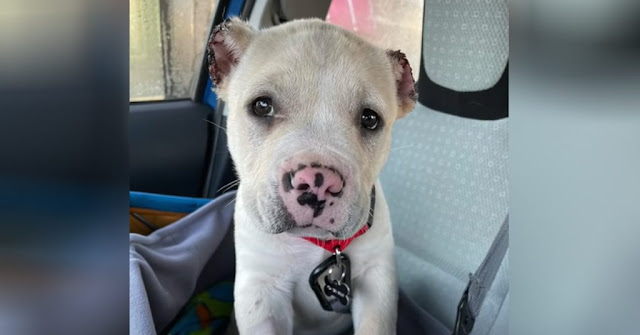 In this tale, a dog was discovered in a garbage bin at a Sacramento high school with his ears recently amputated. Thankfully, locals adopted him and agreed to care for him until the Front Street Animal Shelter’s Public Information Coordinator learned about him and decided to adopt him.

The dog, named Piglet, was initially lonely and disengaged when he arrived at his foster mother’s house, but as soon as he gained her trust, his personality began to peek through.
Fortunately, Piglet was later adopted, allowing him to experience what it’s like to have a lifelong home. What a change of pace! See the video down below.