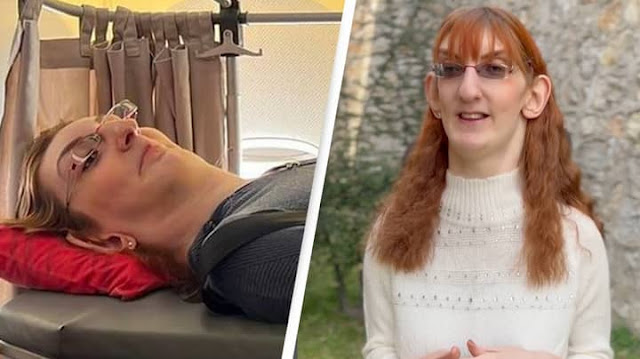 Turkish Airlines modified some seating to make room for the tallest woman in the world, and she has just boarded her maiden trip.
Rumeysa Gelgi, who is a towering 7 feet 7 inches tall, was allowed to fly for the first time with a little assistance when Turkish Airlines removed six seats from one of their aircraft. Then it set up a stretcher so Gelgi could lie down peacefully.
As of early 2022, Gelgi, 24, was the tallest woman living according to Guinness World Records. Gelgi often uses a wheelchair to move about her home Karabük region in Turkey and sporadically walks small distances. Stretchers are needed while traveling further distances. This is because Gelgi has Weaver Syndrome, which causes fast growth and bone maturation among other problems. “Every limitation can be transformed into an advantage for yourself,” Gelgi said after being given the medal. “Accept yourself for who you are, be conscious of your potential, and do your best.”
She now has two Guinness World Records. When she was young, she accomplished her first when she was recognized as the tallest teen in the world in 2014. Since then, she has advocated for those with unusual impairments and shown them that standing out from the crowd isn’t necessarily a negative thing. Being different is not as horrible as you believe, Gelgi said reporters shortly after obtaining her second world record. It may lead to unexpected success,” she continued, adding, “I personally believe that differences and other characteristics that initially appear to be disadvantages may be converted into benefits if you desire them and put up the effort to get them. I took precise action like that.

In September 2022, Gelgi’s unflappable attitude was on display as she insisted on going around the world despite all obstacles.
Web developer Gelgi planned to go from Turkey to San Francisco, California, to advance her profession and participate in Guinness World Record activities. Therefore, when the national airline of Turkey offered to take her, she seized the opportunity.

On Instagram, Gelgi wrote about her first flight, and it was obvious how excited she was. She shared pictures of herself with other flight attendants, who also seemed quite happy to be flying with her. Additionally, images of Gelgi in her stretcher while displaying her appetizing-looking in-flight meal showed her to be at ease. She expressed her sincere gratitude to those who made it possible for her to go on her flight after touching down in a letter.

“A faultless flight with Turkish Airlines from beginning to end. She responded, “I have so many people to thank. I’ll mention a few organizations. “Unfortunately, I didn’t get the chance to know the identities of many individuals who supported me with their generosity and commitment for 13 hours in the air for a total of 19 hours and arranged a ‘first flight’ celebration above the clouds,” she said.

She said, “This was my first flight, but it most definitely won’t be my last.

ADDITIONAL WORLD RECORDS? PLEASE, YES I was born with extremely distinctive physical characteristics, and I wanted as much of them to be acknowledged and cherished in the hopes of inspiring and motivating those with obvious differences to do the same and be themselves. ⁣