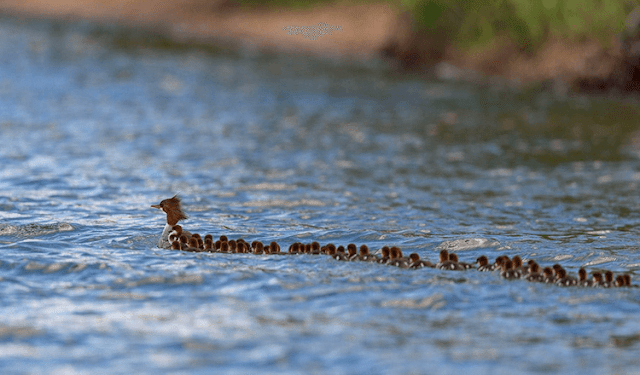 Brent Cizek, a wildlife photographer, chose to go to some lakes in northern Minnesota to take some pictures. He wanted to get some close-up shots of animals in their natural environment. However, Brent had no clue how close he would get in the end.

As it was pretty windy that day and the waves were tossing my boat in whichever way they pleased, it wasn’t the best choice, Cizek told MNN. Despite the fact that it was unlikely that I would see much or even be able to capture a picture in the turbulent sea, I chose to go on. 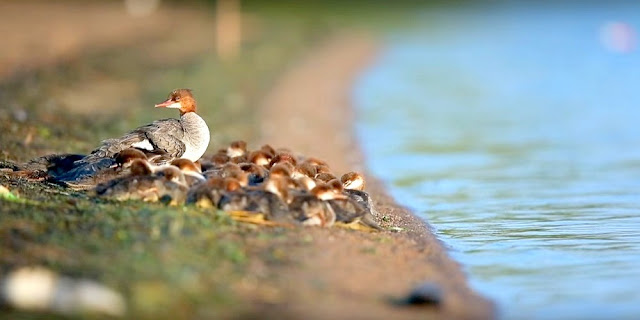 He first steered his little boat near the seashore after taking it for a cruise on the lake. Then he caught sight of what appeared to be a bevy. He could see a mother duck and a few ducklings as he inched closer. the few become a few dozen instead of just a few.

The photographer said, “I had never seen anything like this before, so the closer I came, the more my heart started beating.” “As I approached, the group made the decision to begin swimming back into the lake. ‘Mama Merganser’ moved out ahead, and the entire group followed in her wake. I attempted to take as many pictures as I could right away since I knew this was going to be a once-in-a-lifetime chance, hoping that one of them would work out.

A startling 56 ducklings followed the amazing duck mother. “I found one focused image that I simply adored,” he claims. “I shared the photo as soon as I could because I knew it would do well on social media.” And it didn’t take long before his picture started trending on social media. 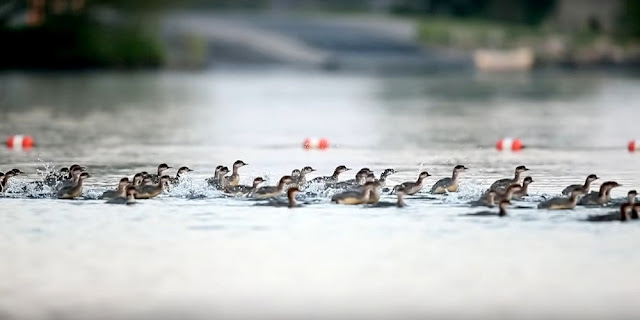 However, a closer inspection revealed that there were really more. He claimed, “She had picked up additional kids along the road since I was able to count 76 infants with her at that point.” “It’s been amazing. The day they finish their exodus will be a sad one.
That was most likely a blended family, not simply a single brood. Nevertheless, this duck is unquestionably the best mother of the year.