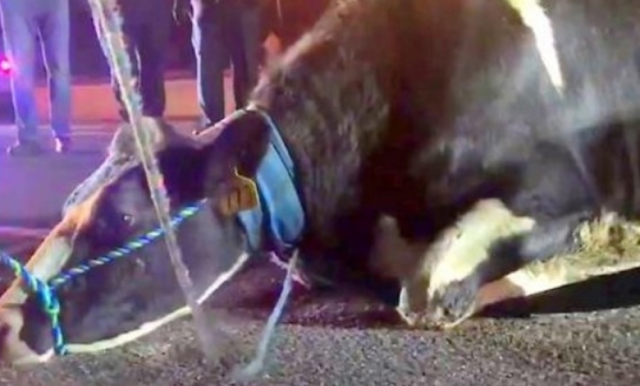 The cow, Brianna, was highly pregnant when she was crammed into a vehicle with the other animals to be slaughtered. creates insightful stories
She leaped from the moving vehicle in the middle of the bustling motorway because she knew that the slaughterhouse would spell “game over” for her and her child. 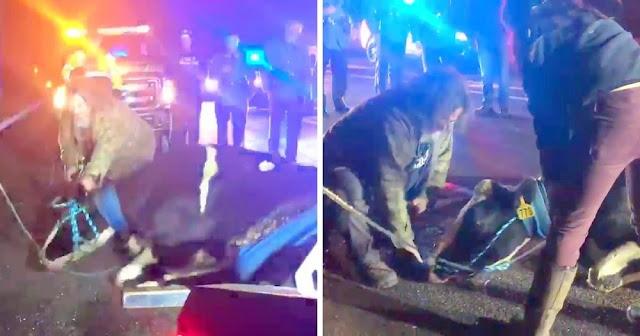 Brianna stumbles through the traffic as she searches for assistance. She is terrified by the light and the noise as the cops approach her, so she is unwilling to comply. A rush to the Skylands Animal Sanctuary Rescue followed by several hunting animals. 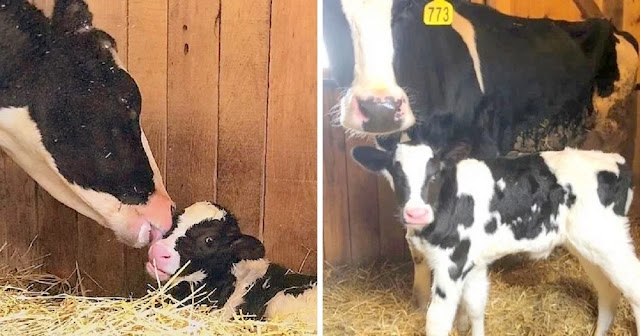 Nobody knew Brianna was pregnant at first. When the sanctuary’s veterinarian learned about it, he became concerned for the infant’s wellbeing. Due of Brianna’s extensive injuries from the truck leap and the subsequent traffic stop, problems during labor are quite possible.

A healthy female calf called Winter was born to Brianna two days after her rescue, much to the relief of the veterinarian. The sanctuary refers to Winter’s birth as a miracle and guarantees that she and her mother will always be together. We are in awe of Brianna’s tremendous maternal spirit and her will to defend her child in the face of any opposition. We hope they live long and prosper!