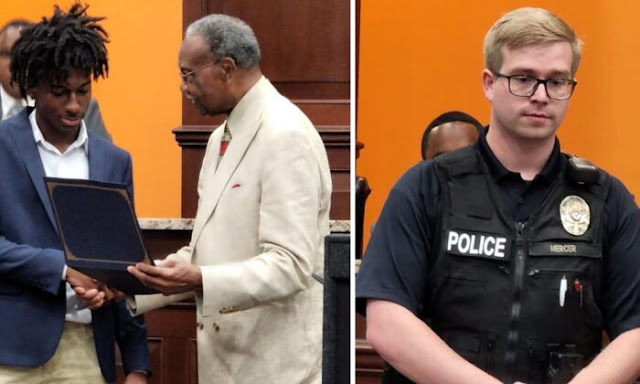 Four people were saved by a brave Pascagoula youngster when a car veered off the I-10 boat launch and into the Pascagoula River.

According to the authorities, the car, which was carrying three adolescent females, sank just 20 feet from the coast.
Corion Evans, 16, told WLOX that “they drove directly beneath the ocean.” Only a little portion of the automobile was visible above the water, for example.
Evans claimed that he threw away his shoes, clothes, and phone before jumping in. Karon “KJ” Bradley, another one of his mates, stepped in and assisted in getting the females to the roof of their car.

I simply thought, ‘I can’t allow any of these people die. They must leave the water. I only just started receiving them, he added. “I wasn’t even considering anything else at all.”
Evans, a student at Pascagoula High, claimed he has been swimming since he was around three years old.

He had the appropriate abilities and was in the right location at the right time early on a Sunday morning.

I was swimming with them and attempting to keep them above the water behind them, he recalled.
Marquita Evans, his mother, is now applauding her son for his bravery and tenacity. 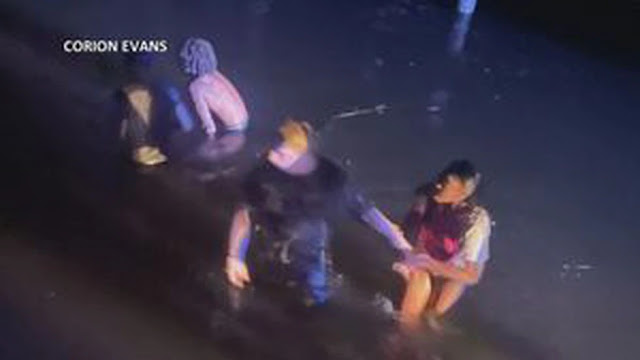 “I was very impressed with Corion since he wasn’t only considering himself. She said that he was making a genuine effort to rescue everyone from the water. I’m relieved he didn’t suffer any harm while attempting to help others.
Along with Moss Point Police Officer Gary Mercer, who came to the situation and swam out to assist, Evans assisted in bringing the three girls to shore.
“I circled back. I saw the policeman,” remarked Evans. He is perishing. He is drowning underwater and pleading for help. I went there as a result. As soon as I felt like I could walk, I went and grabbed the policeman and swam him back.

The following statement was made by Chief Brandon Ashley to WLOX:
“The police department and I am proud of Mr. Evans for his courage and selflessness in putting his own safety at peril to aid those who were in need. If Mr. Evans had not helped, it may have ended tragically rather than with all of the inhabitants being saved and kept safe.
One of the victims, Cora Watson, expressed her gratitude on Facebook, writing that he “saved my life just before I passed away.”

They were all out there puking because a lot of water had gotten inside of them, according to Evans. “I had to swim a lot because it was 25 yards out. After, my legs were so worn out. However, anything may have been in that water. However, I wasn’t considering it.
The three girls and Officer Mercer were all brought to the hospital following the incident. Now they are getting better.
Officer Mercer is anticipated to return to duty later this week, according to Chief Ashley.