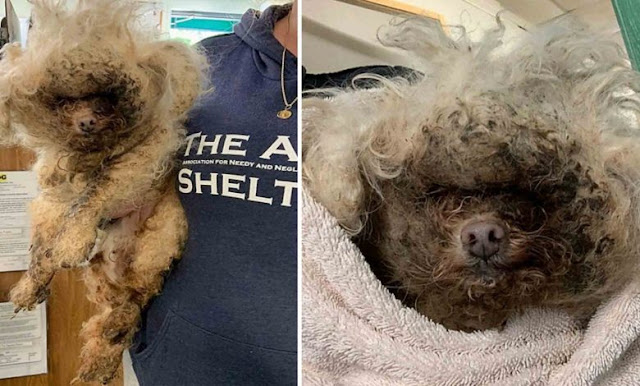 The Animal Cruelty Division at the ANNA Shelter has had a calm month, but they are currently swamped with a dog named Writts who is in desperate need of assistance.
Officer Duckett spent the whole day responding to complaints, but his most recent case ended up being one of the worst instances of neglect they had ever encountered.

The elderly dog they adopted, now known as Junior, has endured terrible suffering but is now in caring care. 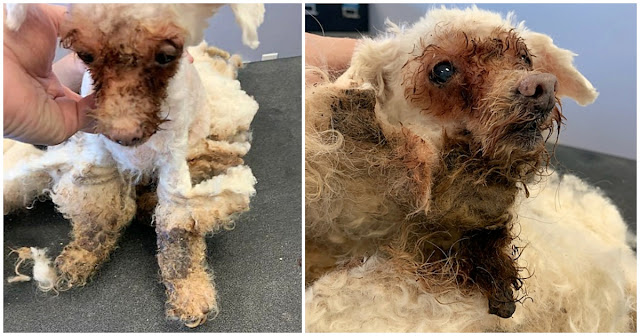 The sad dog was assessed by Dr. Crystal Franklin and her staff at the ANNA Wellness Center-Erie to develop a treatment plan for him.
He was groomed and had years of neglect removed by Tauna from Posh Paws Dog Spa, who visited the shelter.
He was unable to see or move because of how matted his fur was, and the knots that were so tightly wrapped around his legs nearly caused him to lose circulation. He eventually had serious illnesses, which resulted in his feet being covered in maggots. He also reeked horribly and was coated in his own urine and excrement. He had enlarged nails, burns from pee on his torso and feet, and all but one of his teeth were gone. 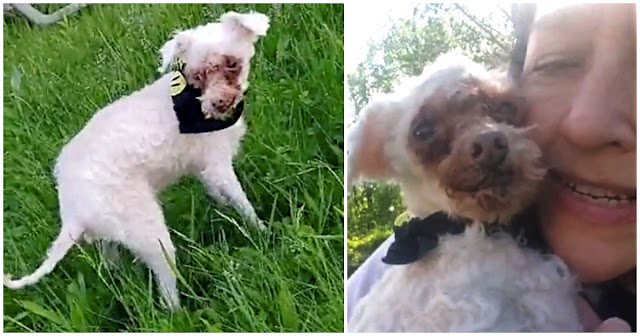 Although Junior, who is thought to be ten or older, is still under the care of the shelter’s health center, they are presently looking for a suitable hospice foster home for him to live with. He is feeling much better and enjoys roaming around in the grass. Although he is quite sociable and wags his tail, he is still very painful and taking painkillers to manage the discomfort.