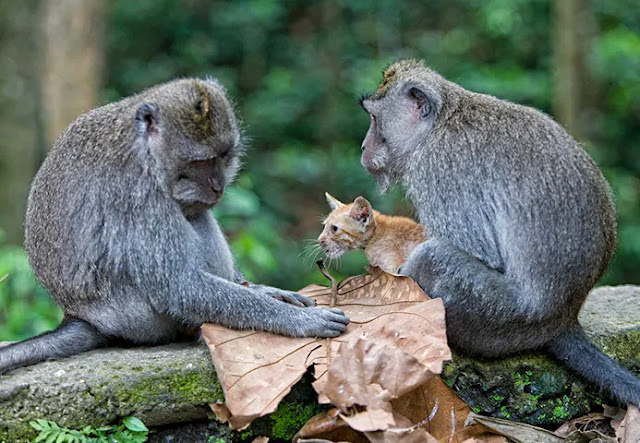 Years ago, Anne Young encountered a bizarre sight while visiting the Monkey Forest Park in Ubud, Bali: a monkey holding a ginger kitten that it had obviously adopted. 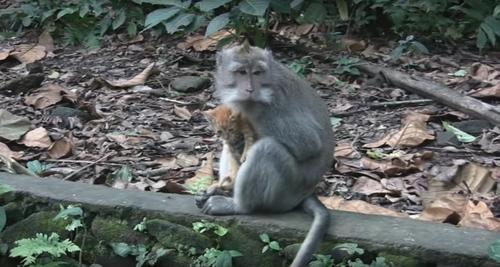 The little cat appeared to be the monkey’s sincere concern. It cleaned the cat and kept other monkeys away from it. Fortunately, it appeared that the other monkeys were ok with the cat. The monkey continued to hold the cat against its chest as if it were a young monkey.

It’s unclear how the kitten ended up with the monkey. It might have been a stray that got lost and ended up in the park, or it might have been left behind by its mother. With this devoted monkey, it has undoubtedly found a home in either case.
The monkey enjoyed playing with his kitten pal and, as The Guardian reported, disliked it when the photographer snapped shots, so he protected the little cat from the camera.