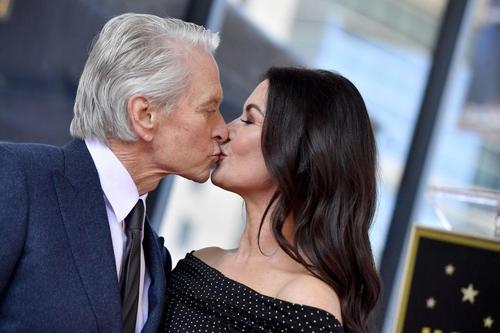 Given that they have been married for more than 20 years, Catherine Zeta-Jones and Michael Douglas continue to enjoy one of the most established marriages in the entertainment industry. Zeta-Jones and Douglas have demonstrated that age is just a number between two people who choose to love and adore one other for the rest of their lives, despite having a large age gap of 25 years.

The pair not only shares their life together but also a birthday on September 25. Zeta-Jones turned 52, only entering her mid-fifties, while Douglas turned 77, approaching his eighth decade on the globe.
Zeta-Jones and Douglas have experienced a number of challenges and moments when their relationship wasn’t quite pleasant, just like every other couple. The pair has recently suffered with sorrow, health issues, and personal anguish, yet they have managed to stick together as a solid relationship.
Furthermore, the pair appears to have worked hard to maintain the strength of their marriage and family in spite of the challenges that come with being in the public eye all the time. This includes the choice they made to leave the United States for more than ten years so that their kids may grow up in a more typical setting.
Zeta-Jones and Douglas also commemorated their 21st wedding anniversary in November 2021. This is a significant milestone for the entertainment sector. Naturally, the pair has been questioned a lot about what makes their marriage so strong. In an interview from April 2021, Zeta-Jones shared the key to their long-lasting union. And Douglas has thought back on their long-lasting friendship throughout the years. Zeta-Jones spoke candidly about what makes her marriage to Douglas so solid in an article published in The Wall Street Journal Magazine on April 5. Surprisingly, the answer is rather straightforward: “First of all, we have a lot of fun together,” she said. Zeta-Jones also addressed their difference in ages, which has frequently served as the basis for several tabloid tales throughout the years. 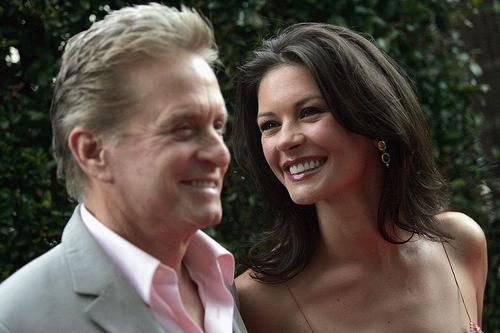 It’s no secret that my hubby is 25 years older than me. If there weren’t any ups and downs in a relationship, it wouldn’t be considered natural, Zeta-Jones continued. “Love and respect are constants. We genuinely enjoy each other’s company and have never, ever lost our sense of humor.

Regarding what constitutes a solid partnership, Douglas has his own opinions.
“In my opinion, it’s not taking your closest friends and family for granted. Sometimes we put forth more effort for strangers than we do for those who are closest to us. And I believe we’re really fortunate to have a great deal of respect for one another,” Douglas said to Access in 2019.
In 1998, Douglas met his future wife for the first time at the French Deauville Film Festival, where they had met through common friends Antonio Banderas and Melanie Griffith. The actor speculates that their initial meeting may have been tense. But ultimately they managed to make it work.

According to TODAY, he stated, “I probably made a tremendous mistake.” However, I turned to face her and announced, “I just want to let you know, I’m going to be the father of your children. I’ve heard a lot about you, she added as she turned to face me. It must be true, after all! ‘Good evening.’ Zeta-Jones and Douglas appear to have gotten along well enough since they married on November 18, 2000, around two years later. They have two children together: a son named Dylan and a daughter named Carys. Cameron Douglas, a child from Douglas’ first marriage to Diandra Luker, is also his child.
Despite the fact that the 30-year marriage has seen its fair share of difficulties, including Douglas’ cancer diagnosis and a brief separation in 2013, the couple has always found a way to return to one another. In an interview with the WSJ in April 2021, Zeta-Jones discussed how they had been able to maintain their relationship despite the challenges they have faced over the years.

“Unlike so many couples, my husband and I spend a lot of time together since we’ve never had a stable 9 to 5 job. Either we are on or we are off. Either I work 16 hours a day in real life, or I don’t. Or maybe he’s not doing the same. We’ve spent a lot of time being simply the two of us throughout our relationship. We raised our children for 12 years while residing on the island of Bermuda. Our comedy is really timeless, and we respect each other’s space,” she remarked.
Douglas and Zeta-Jones have made it a point to recognize one another throughout the years. Zeta-Jones thanked her husband on the red carpet at the 73rd Emmy Awards earlier this September for his lead actor in a comedy nod.

According to People, Zeta-Jones stated, “I always want to see my husband nominated on the red carpet, I’ve become a really proud wife.”
Jason Sudeikis won the award for his portrayal in “Ted Lasso,” defeating Douglas, who was nominated for his part in “The Kominsky Method.”