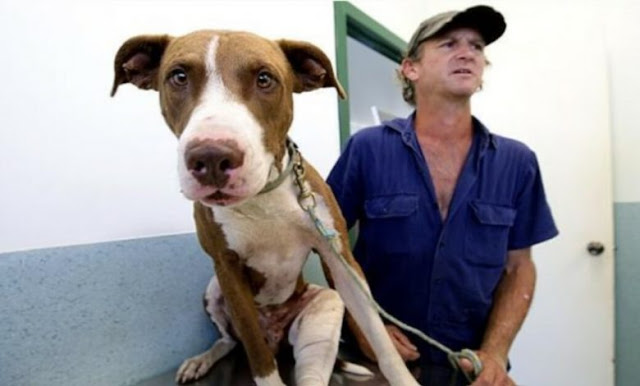 Wayne Closest adores his dog Choco, but when the animal was bitten by a crocodile when they were on a journey through the Australian wilderness, Wayne Best worried that he would lose his best companion for good. Wayne held his dog in his arms for two days to take him to the vet out of fear of losing him. pintiks writes
Choco, a 3-year-old greyhound/Bull arab mix, was chasing after a feral pig when Wayne and Choco were close to the Mitchell River, which is roughly 186 miles northwest of Cairns in Australia. He was suddenly assaulted by a huge crocodile that sprang out of the water! 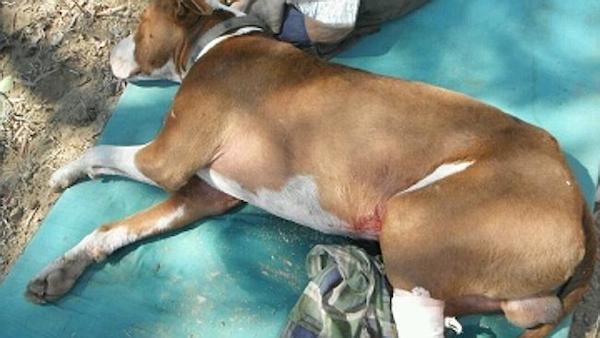 Choco was pulled underwater by the crocodile, according to Wayne, who spoke to The Cairns Post. Choco surfaced and swam back to land two minutes later, and the crocodile was vanished.
Wayne told the newspaper, “I just snatched him out of the water and tossed him up on the bank there.” I had to bring him back to camp where I bandaged him and patched some holes in him, including one in his abdomen.
Best grabbed up his pet dog and started traveling into the woods to obtain aid because he lacked a vehicle to bring them to the hospital and the closest road was nearly 60 miles away. Wayne eventually found a ride to the next vet, where Choco underwent surgery to repair his leg.

Despite surviving, the 3-year-old dog will require plenty of rest for the next months in order to recover from his injuries. Animal enthusiasts came together and completely covered the dog’s medical expenses after learning what Wayne had done for his pet. 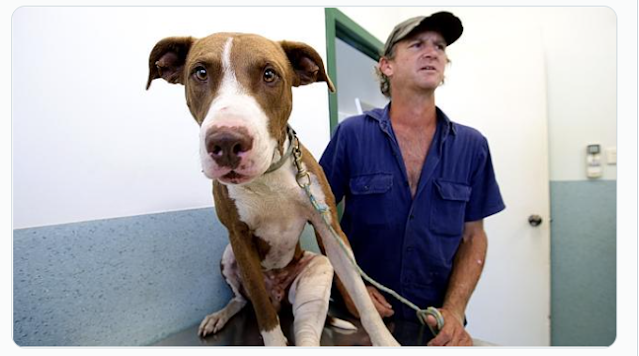 As for Best, he simply expressed his gratitude that Choco is still alive and vowed to repeat the ordeal if necessary. “He is my friend. To me, he is like family. He is my very best buddy anywhere in the world. I have no use for money. I simply want him to be better. I traveled a distance for him, but if necessary, I would have traveled a million and one kilometers.
What a fortunate dog, not just to have survived the crocodile, but also to have such a loving owner!