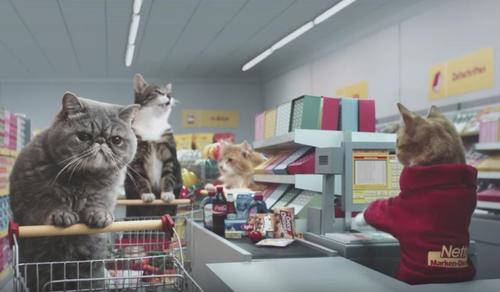 One of the funniest cat adverts ever was released by a budget supermarket shop in Germany last year. In a commercial made by Netto Marken, cats are seen acting much like people when they shop at the supermarket.
In the amusing ad, a cat is seen scooting a cart through the store. The fact that real cats are being used in a scaled-down store is one of the best things about the commercial.

A cucumber is seen sitting on the ground in the produce aisle of the grocery store as the camera moves over to it. Check out the web videos of cats responding to cucumbers if you haven’t already.

Online, there are a ton of popular videos showing cat owners approaching their cats silently while holding a cucumber. The cat usually freaks out and leaps into the air once they place the cucumber behind it. The explanation for their behavior is because the cats believe a snake is hiding behind them. 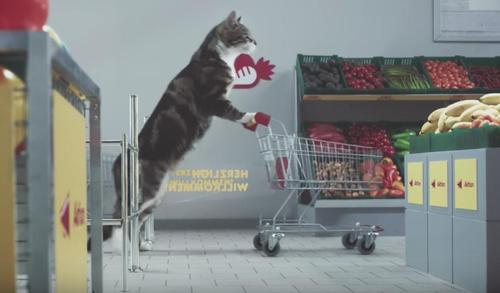 The Netto Marken commercial perfectly captures the reactions of genuine cat response films, with cats jumping in the air and screaming out when they see the cucumber. The remainder of the advertisement has cats paying at the register along with several well-known memes. The advertisement makes reference to one of the most popular videos of all time, which also happens to be a clip of a cat meowing in an unusual way.

Numerous millions of people have seen the cat repeatedly appear to say “no” online. They also made reference to a meme of a cat with a very shocked and perplexed expression on his face. There is no doubt that this commercial will be a major hit among cat lovers.

The advertising has received a huge number of online views and shares on social media sites. The fact that real cats are used in this advertisement and their true eccentricities are captured on camera is one of its distinctive features. 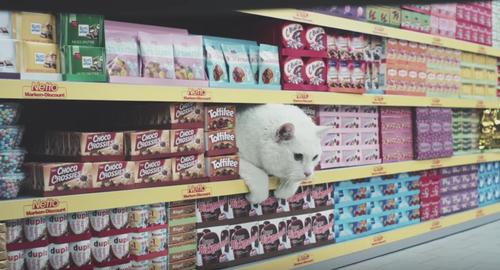 One cat gets caught in an isle and squeezes through a tiny opening, much as a typical house cat would. All cat owners can relate to the fact that he knocks something over when he jumps out. If you own a cat, you should absolutely watch this Netto Marken advertisement.