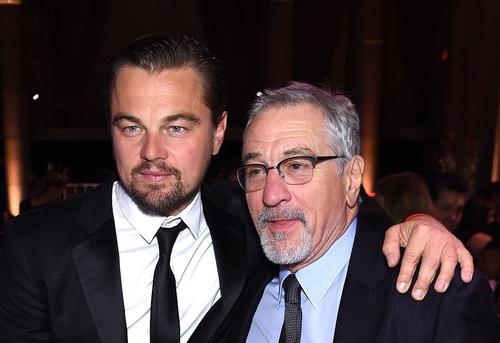 Leonardo DiCaprio is regarded as one of the best actors in recent memory because of his dashing good looks, charisma that transcends the screen, and award-winning acting skills. Even though it took him some time until he won his first Oscar, he consistently showed that he was a competent and well-respected actor. His most well-known movies are, among others, “What’s Eating Gilbert Grape,” “Inception,” “The Wolf of Wall Street,” and “Celebrity.”
In the entertainment sector, DiCaprio has won more than a hundred accolades. He has received seven Academy Award nominations, five of which were for Best Actor. He was long overdue for the academy’s approval, especially given his broad career and talent as an actor. In the end, he received his first Academy Award for “The Revenant” in 2016.
But even before he made his first break in the business and before everyone was mesmerized by his magnetism, Robert De Niro had been by his side the entire time.
Some people might have assumed that the main reason their friendship has grown is because they both enjoy the company of other celebrities, but for DiCaprio, De Niro is so much more than just a buddy. He regards the man as one of his mentors and most significant influences in his life.
Early in the 1990s, DiCaprio was an unknown actor. Only in the latter years of the decade and the years that followed did he become well-known. His first leading part was in the historical drama “This Boy’s Life,” which retells the autobiography of American author Tobias Wolff. De Niro, who portrays Wolff’s violent stepfather in the movie, is seated beside the actor, who was 15 at the time. 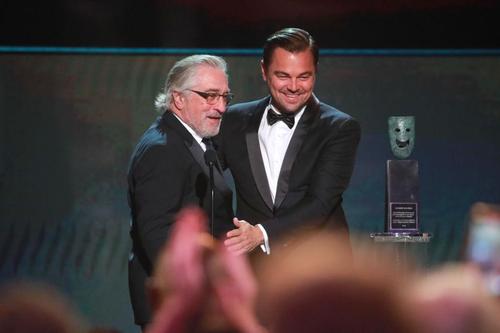 Later in his career, DiCaprio reflected on how their relationship began at the audition for the part of Wolff and continued for a very long time.

DiCaprio has acted in more than 30 movies. He had an earlier break through from the business, a film that made him one of the young actors to look out in Hollywood at the time, even though the majority of the public most notably saw him for the first time in the James Cameron picture “Titanic.”
There was fierce competition when DiCaprio went to try out for “This Boy’s Life” in the early 1990s. However, it was a fairly memorable one for the young actor at the time.
The “Don’t Look Up” actor reflected on the incident in 2014 while talking to the SAG-AFTRA foundation podcast.
“That was one of those amazing auditions that occasionally occurred. Everyone was sort of “fiending for this position,” he said. “I assume every youngster had been waiting for [it] for a long time because you just don’t get a leading role above Robert De Niro that frequently.” There was [Tobey Maguire], and I do recall telling myself, “I’ve got to do something to stand apart.”
In other parts of the conversation, DiCaprio praised De Niro and mentioned his close relationship with legendary filmmaker Martin Scorsese, with whom he had collaborated for a sizable chunk of the period.

He truly is my favorite actor of all time, said DiCaprio. “That friendship with him and Scorsese simply had an impact on all of my business pals I’ve met through the years. To me, that is sort of the ideal connection in movie.
In the previous three movies, “This Boy’s Life,” “Marvin’s Room,” and “The Audition,” DiCaprio collaborated with De Niro.

One of the finest performers of all time is Robert De Niro, 79. He now has over 120 film credits, with more set to be completed in 2023, according to his IMDB page. DiCaprio received a boost in Hollywood at the time due to his enormous influence in the business and expertise in creating movies.
As DiCaprio continues to reflect on his memorable audition for “This Boy’s Life,” he realizes that while he initially believed that his audacious decision to yell at De Niro off-script during the famous mustard jar scene would probably cost him the role, it actually served as the moment when De Niro realized they had found what they were looking for.

DiCaprio remarked on the SAG-AFTRA podcast, “He told me, ‘I was the one who recommended you should get the role.'”

De Niro received the SAG Life Achievement Award in 2019 at the Screen Actors Guild Awards, and DiCaprio had the distinction of giving it to his friend and colleague. Their 30-year friendship almost came to a close with the speech, which was the ideal way to recount their actor’s “monumental labor.”
“One thing comes to me when I think of this magnificent actor: Robert De Niro is fundamental. In his opening remarks, he states with much confidence, “I feel as though he’s always been here and always will be here. Sharing scenes with a man of his stature as an artist was enormous. It was an event that altered my life. Not only have his attention to detail and brave quest of authenticity inspired me, but also entire generations,

With “Killers of Flower Moon,” De Niro, DiCaprio, and Scorsese will once more share the screen in 2023. This will be DiCaprio’s seventh collaboration with the renowned filmmaker, De Niro’s tenth, and the pair’s fourth picture together.