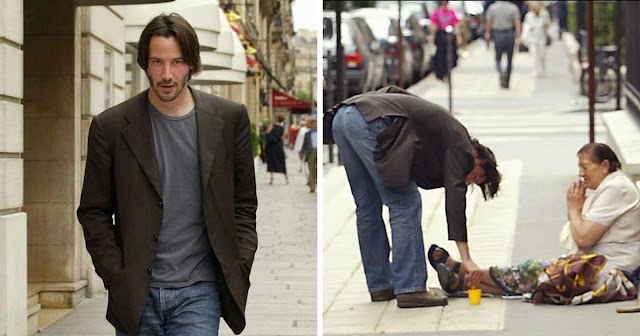 The 57-year-old actor Keanu Reeves is regarded as one of Hollywood’s friendliest men. In addition to becoming a movie star, he has recently earned the nickname “the internet’s boyfriend” because of how much online users like him. Fans like Reeves for a variety of factors, including the fact that he is a true action star with a résumé that includes “The Matrix” and “John Wick” franchises, among other noteworthy films, and for being the subject of several well-liked memes. Reeves is undoubtedly one of Hollywood’s most adored performers and a web sensation.

But there are a ton of additional instances that demonstrate why Reeves is seen as such a kind man. He has had several moments with homeless individuals on the streets, giving them money or listening to their tales. One such instance is when he gave up his seat on the metro for a complete stranger. Also noteworthy are his numerous charitable contributions and his sharing of his money with the “The Matrix” film team.

It was recently revealed that he had even given brand-new Rolex watches as thank-you gifts to each member of his stunt squad from the most recent “John Wick” film. The actor gave each of the four members of his stunt squad a Rolex 2020 Submariner watch with a unique inscription etched on the back once the filming in Paris was finished. He also purchased one for himself that matched the others, turning the present into a memento of their time spent working together on the set rather than merely a gift.

Let’s examine the various reasons why Reeves is arguably the most modest superstar in Hollywood in recognition of his gentle and altruistic demeanor. 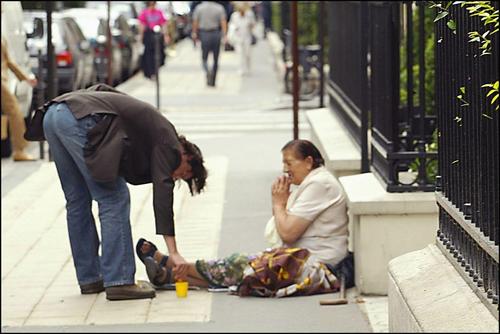 Since he arrived in Hollywood, one component of Reeves’ attractiveness hasn’t changed: his attire. Reeves has gained notoriety for maintaining a relatively practical uniform that often consists of blue jeans, a basic jacket, and big, worn-in boots rather than spending hundreds of dollars on luxury clothing. Although it may seem like a little point, Reeves’ clothing choices might be taken as a tangible representation of how he views himself—as a regular person, just like everyone else. He doesn’t require dazzling attire, fancy vehicles, or even opulent homes since he is aware that having these things won’t make him happy.
But when it comes to worldly possessions, he does know how to use his wealth to make other people happy. Reeves is known for giving substantial gifts to the people he collaborates on movies with. As I previously said, it was confirmed last week that he gave his stunt squad for “John Wick: Chapter 4” four Rolex watches. One of the stunt performers, Jeremy Marinas, shared a picture of the personalized message that was etched on the back of his watch on social media. According to TMZ, it stated:

JW4 2021″
What a wonderful and sophisticated gift. However, it wasn’t the first time Reeves gave his cast and crew workers a treat. According to an interview with “John Wick” director Chad Stahelski, he gave each member of his 12-person stunt crew a Harley-Davidson bike once one of “The Matrix” movies was through shooting. Additionally, every member of the film crew, which numbered roughly 800 people, received a bottle of champagne from the actor when one of the franchise’s sequels was completed.

Reeves is not frightened to give away his money since he is aware that wealth is not everything in life. Reeves reportedly donated a significant portion of his “The Matrix” movie earnings — thought to be $75 million — to the special effects and costume design teams, according to a Wall Street Journal story, as cited by ABC News. According to a movie executive, the newspaper:
He believed that since they produced the film, they ought to take part.

But he doesn’t only show kindness to individuals he knows. The actor has frequently been seen giving money to homeless individuals on the street. In one noteworthy instance from 1997, Reeves even spent out with a homeless man, eating sandwiches and beverages with him while also resting on his back listening to his tales. Although it would appear to be a publicity gimmick, a few photographers accidentally stumbled across him.
Reeves is also well recognized for giving generously to philanthropic organizations, particularly those that help children with cancer. He disclosed that he even has a private foundation that “helps aid a few of children’s hospitals and cancer research” in an interview with Ladies Home Journal dated 2009. “I don’t like to put my name on anything; I simply let the foundation do what it does,” he continued.
Given that his younger sister Kim was given a leukemia diagnosis in 1991, it would appear that he had a personal connection to the cause. She entered remission in 1999 after fighting cancer for over ten years.

Reeves has demonstrated his generosity in a plethora of other ways, and we have no doubt that we won’t hear the last of his good actions in the future.