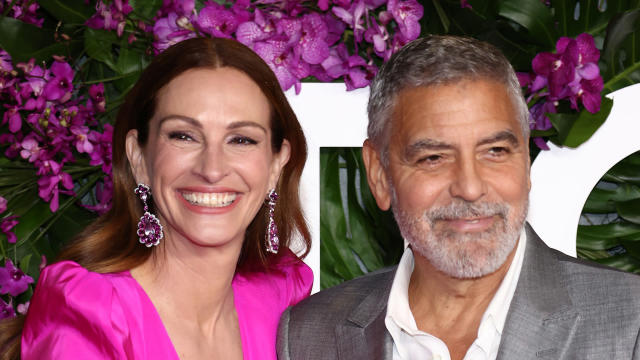 Even though Julia Roberts and George Clooney are both major Hollywood stars in their own right, their tight connection has catapulted their fame to incredible heights. Their comradery has lighted up every red carpet and event they have graced since they starred in the smash heist movie “Ocean’s Eleven.”

While both performers started out in the 1980s, Roberts was the first to break through thanks to her legendary performances in timeless films like “Mystic Pizza,” “Steel Magnolias,” and—most notably—”Pretty Woman.” In “My Best Friend’s Wedding,” “Notting Hill,” and “Runaway Bride,” Julia Roberts cemented her reputation as America’s darling after dazzling as a working girl with a golden heart who falls for Richard Gere’s wealthy businessman. With her roles in thrillers and dramas like “Sleeping With The Enemy,” “The Pelican Brief,” “Stepmom,” “Mona Lisa Smile,” and “Eat Pray Love,” she also demonstrated that she could portray roles other than the romantic female protagonist. However, it was her performance in “Erin Brockovich” as the witty, sarcastic, and street-smart legal assistant that won her an Academy Award and ensured her fame would endure among the finest in cinema for many years to come. 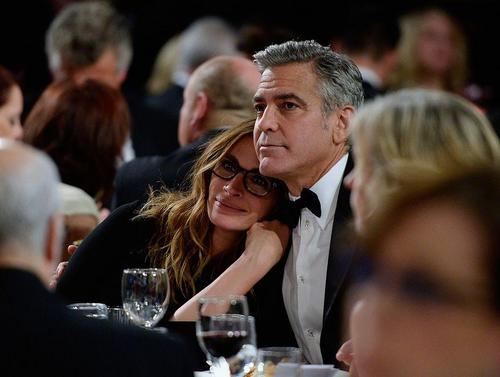 One of Hollywood’s top heartthrobs, Clooney first rose to fame playing Dr. Doug Ross on “ER” from 1994 to 1999. From there, he went on to secure a number of starring parts in movies. From Dusk Till Dawn, One Fine Day, Batman & Robin, The Peacemaker, Out Of Sight, Three Kings, and O Brother, Where Art Thou are a some of his best-known works. Over the years, he has also garnered several honors, including the AFI Lifetime Achievement Award in 2018.
So why aren’t these two famous actors who have such a strong connection together? Find out by reading on.
Roberts and Clooney started shooting “Ocean’s Eleven” in 2001. In the movie, they portray ex-lovers who reconnect as Clooney’s character, Danny Ocean, is ready to pull out a sophisticated robbery at a Las Vegas casino. Since that moment, Roberts and Clooney have only been able to speak positively about one another, and their connection is obvious whenever they walk the red carpet together.
Clooney even invited Roberts to stay at his home when she became pregnant with her first child with husband Danny Moder.
In 2016, Clooney told People, “She stayed at my place in Italy when she was initially pregnant.” We’ve had a blast with them since she brought all those monsters (her kids, twins Hazel and Phinnaeus, now 17; and Henry, 15) back to the house when they were real people.
“Danny and I are good friends and have a romantic relationship. What’s enjoyable is that it truly seems like a family, said Clooney. It is made simple.
Roberts said in the same interview that “we’ve simply sewn our lives closer together.” These newcomers to our life include my spouse, my kids, and his wife Amal Clooney. Simply put, we keep tying our lives together.
Together they have already appeared in six movies, including “Ticket To Paradise,” which was filmed on location in Australia’s Whitsundays between November 2021 and February 2022. This long-term relationship has resulted in the two of them working together. The duo plays a divorcing couple who plan to travel to Bali in order to ruin their daughter’s wedding. The movie marks Roberts and Clooney’s return to the rom-com genre after a protracted absence. It is also their first collaboration since 2016’s “Money Monster.” The two gave an unambiguous statement when asked why they had never dated during a press round promoting the movie.

Roberts and Clooney were their normal jocular selves around each other in an interview with Kit Hoover from Access Hollywood in October 2022. Even after Hoover asked the couple whether they had had a “no-dating policy,” nothing changed.
“To not go on dates together?” Roberts said, “I don’t believe we needed to mention that,” while laughing.
Clooney rushed in to clarify that while other people tended to turn their heads romantically, their platonic devotion for one another was established from the beginning.
“Either I was in a romance, or Julia was in a relationship, all the time. Clooney emphasized that they were close friends immediately away, and Roberts agreed by nodding. Clooney remarked, “I don’t believe it was ever truly a thing; it’s been nothing but joy for us. 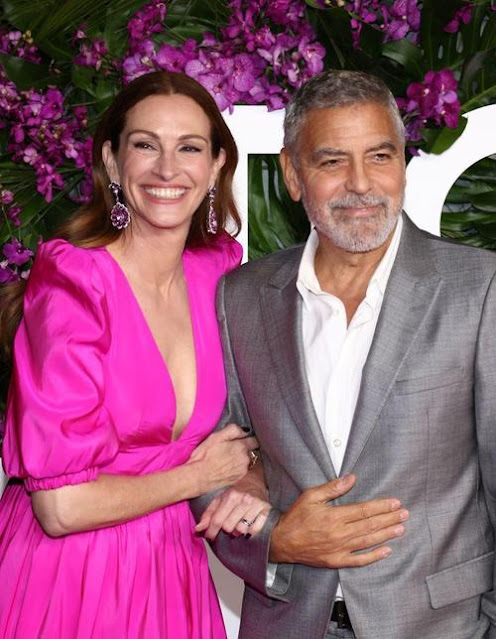 It never went like, hello. Let’s take this to an another level, Clooney added as Roberts concluded her statement, and then both celebrities started laughing.
Roberts appeared in a cameo during Clooney’s virtual appearance on “Jimmy Kimmel Live!” in yet another exemplary instance of the couple’s pure and loving connection. While he was promoting his movie “The Tender Bar” in December 2021. Roberts entered the scene next to Clooney when he was speaking while sitting in an office chair and donning black sunglasses.
“Holy crap. Mr. George There’s a woman seated next to you, I’m not sure whether you’re aware of this, host Jimmy Kimmel stated. “I don’t know, maybe that was a hallucination. But my, that really did look like Julia Roberts,” he said as the audience laughed.

The two Oscar winners are obviously just enjoying their relationship and time together, and we’re glad to be able to share even a small amount of their contagious happiness by simply watching them.