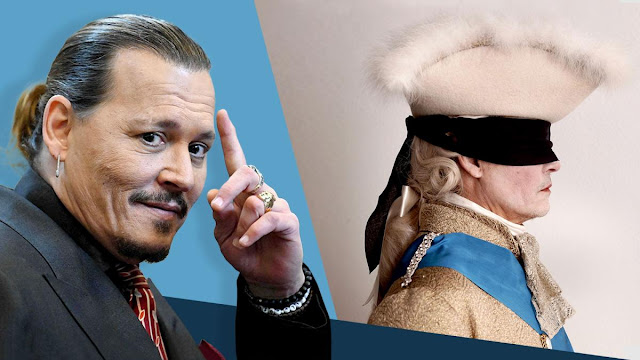 Johnny Depp, who starred in “Pirates of the Caribbean,” is one of Hollywood’s most recognizable performers. Throughout his distinguished career, he has made appearances in a number of Tim Burton films, including “Edward Scissorhands,” “Sleepy Hollow,” “Charlie and the Chocolate Factory,” and “Alice in Wonderland.” Depp, one of the most well-known movie actors in the world, was named the highest-paid actor by Guinness World Records in 2012.
Depp left high school early and started a career as a musician before transitioning towards acting. He made his cinematic debut in 1984’s “A Nightmare on Elm Street,” a horror flick. After succeeding on the TV show “21 Jump Street,” the actor went on to become well-known. The flicks “What’s Eating Gilbert Grape,” “Finding Neverland,” and “Donnie Brasco” are just a few of the star’s other noteworthy productions.

Depp has gone through two divorces and two marriages in his personal life. His two children’s mother, Vanessa Paradis, and Winona Ryder are among the numerous women he has maintained long-term relationships with. Depp and Paradis dated from 1998 until 2012.
Depp has been the target of unfavorable press, particularly when his personal life began to emerge in the open. He married Amber Heard in 2015, but when she filed for divorce in 2016, new details about their relationship have come to light.

Depp’s career has seen highs and lows, with roles in both huge box office successes and small films, but the actor appears to be on the verge of a return. Discover more about Depp’s professional background and his planned projects by reading on.

Depp had aspired to be a rock star when he was just a teenager. His band ultimately disbanded after he first dropped out of high school to pursue a career in music. Depp, meanwhile, is currently a member of the Hollywood Vampires, a group that also includes Joe Perry and Alice Cooper.
Depp had to start somewhere, though, and he really switched from music to acting before becoming the superstar he is today. He met fellow actor Nicolas Cage through his then-wife Lori Alliston, and the rest is history. The two men became fast friends, and Cage urged Depp to really think about pursuing an acting career.

Soon after, Depp began attending auditions and was hired for the role of the lead character’s lover in Wes Craven’s iconic horror movie “A Nightmare on Elm Street” from 1984. Depp proceeded to dazzle casting directors despite having no prior acting experience, landing more and more parts. Depp became a recognized adolescent idol at the end of the 1980s, in large part because of his presence in the TV show “21 Jump Street.”

Depp started exploring parts that he found more fascinating since being a teen phenomenon wasn’t precisely the lifestyle he intended to lead. With each new movie, his portfolio gradually got more diverse as the established celebrity started working with Tim Burton. Many of the movies they made together went on to become huge hits and are still regarded as cult classics today.

The actor played Captain Jack Sparrow in the action movie “Pirates of the Caribbean” in 2003. The movie was a huge success with audiences and critics alike, doing admirably at the box office and throughout award ceremonies. It’s hardly unexpected that the movie gave rise to a lucrative film series.
Depp did have significant professional setbacks in the late 2010s and early 2020s, though. In 2017, he had appearances in “Murder on the Orient Express” and “Pirates of the Caribbean: Dead Men Tell No Tales.” In “Fantastic Beasts: The Crimes of Grindelwald,” which was the follow-up to the 2016 movie “Fantastic Beasts and Where to Find Them,” he played the part of Grindelwald.
But after that, Depp didn’t appear in many notable movies, and it wasn’t apparent where his career was going. However, Variety claimed in January 2022 that Depp was set to play French King Louis XV, also known as “Louis the Beloved,” in the forthcoming movie “Jeanne du Barry.” In the summer of 2022, the movie began shooting in several French locations, including the Versailles Palace.
Recently, Cannes, France, has seen a boom in the film business. Many CEOs traveled to Cannes lately, according to Screen Daily, to promote new movies. The Highland Film Group’s president of international, Todd Olsson, remarked, “It was wonderful to get everyone back together… It affected how the negotiations were conducted.
According to Variety, Maiwenn, who has also directed “Polisse” and “Mon Roi,” is in charge of Depp’s future movie.

Depp and the production crew have been working really hard, as seen by the further details about his future movie that have been made public. The Maiwenn-directed piece’s filming got underway in late July 2022. The Why Not Productions business, according to Deadline, presented the first teaser image of Depp as King Louis XV in “Jeanne du Barry.”
The final royal mistress of Louis XV, Jeanne du Barry, is said to have served as the inspiration for the film. She was a young woman from the working class, but her great intelligence helped her rise in society. She had a tremendous interest for learning about cultures.
It’s obvious that “Jeanne du Barry” would involve a relationship between Depp and the actress playing the title part, who, according to IMDB, is director Maiwenn, since the real-life figures fell in love while living together. Benjamin Laverne, Pierre Richard, Melvil Poupaud, India Hair, and more are among the movie’s other famous stars.

For Depp, the summer of 2022 was hectic. Along with beginning production on the French historical drama, he also got back together with the Hollywood Vampires, his band. The Hollywood Vampires made their tour announcement for Germany and Luxembourg on June 22, 2022. Later that month, they went on tour.
Additionally, according to Billboard, Depp and Jeff Beck recorded a rendition of “Caroline, No” by the Beach Boys in June 2022. Their most recent cover album, “18,” which was published in the middle of July, included it.
While Depp’s future remains uncertain, one thing is certain: he is on the verge of a triumphant comeback.

WhyNotProduction and France Télévisions are producing while WildBunchInternational and Le Pacte will distribute.
In theatre in 2023 + exclusive release on Netflix France in 2024. pic.twitter.com/WT1EhxSlAs