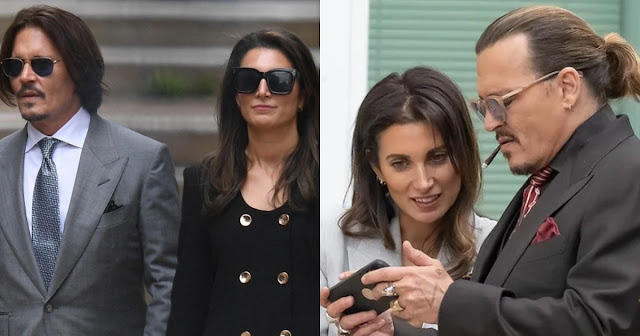 Johnny Depp, who starred in “Pirates of the Caribbean,” is one of Hollywood’s most recognizable performers. Throughout his distinguished career, he has made appearances in a number of Tim Burton films, including “Edward Scissorhands,” “Sleepy Hollow,” “Charlie and the Chocolate Factory,” and “Alice in Wonderland.” Depp, one of the most well-known movie actors in the world, was named the highest-paid actor by Guinness World Records in 2012.
One of the most promising heartthrobs of the 1990s as his career took off, Johnny Depp has been linked to a number of women. He was wed to makeup artist Lori Allison from 1983 until 1985. Later, he also dated Sherilynn Fenn and Jennifer Grey. He got engaged to Winona Ryder, his “Edward Scissorhands” co-star, in the early 1990s. They finally split up, and he then started dating model Kate Moss.
Following his romance with Kate Moss, Depp met Vanessa Paradis, who gave birth to Lily-Rose and Jack Depp. However, the marriage did not last, and it was annulled in 2012, a year after Johnny Depp started seeing Amber Heard. The couple’s 2015 marriage came to an end a year later when Heard requested a divorce.
Amber Heard, an American actress, was well-known before she was romantically linked to Johnny Depp for her parts in a number of American films, such as “The Rum Diary,” “Pineapple Express,” “Magic Mike XXL,” “All the Boys Love Mandy Lane,” and “Pineapple Express.”
However, Mera from the “Aquaman” film series had her most noteworthy screen appearance in the DC Comics Extended Universe. She has already appeared in “Justice League” and “Aquaman” as the character. Heard was originally set to feature in a third movie, “Aquaman and the Lost Kingdom,” but was ultimately removed from the project due to backlash from fans over the defamation lawsuit Johnny Depp was facing.

In 2016, Amber Heard requested a temporary restraining order against Johnny Depp, alleging that he had repeatedly physically and verbally abused her throughout their marriage.
In a statement, Amber Heard claimed that Johnny had subjected her to “severe emotional, verbal, and physical abuse,” including “angry, aggressive, humiliating, and frightening attacks against me anytime I questioned his authority or disagreed with him.”

Even though the divorce was settled, Depp sought legal action in the UK when The Sun labeled him a “wife abuser.” Depp did not appreciate the defamatory statements made about him, so he chose to hire Joelle Rich, a British attorney who specializes in defamation matters.
However, despite their best efforts, Depp’s legal team was unable to prevail in that particular case. However, it appears that the actor gained something more priceless: a blossoming romance with Joelle Rich.
According to Tatler, Joelle Rich is a partner at Schillings LLP with offices in London. Johnny Depp hired them to represent him in his UK defamation case against The Sun. Rich is a highly skilled litigator who works to safeguard the reputations of people and families in the public eye by fighting back against slanderous claims made in print, online, and on social media.

Rich has also defended Meghan Markle, Duchess of Sussex, in a case against Mail on a Sunday, in addition to Johnny Depp. She has extensive expertise with libel, privacy, and copyright matters and has been navigating media law for ten years. According to the Schillings website, Joelle Rich was a member of the team that won prominent privacy and copyright issues that received a lot of media attention.

Joelle Rich attended the court proceedings in the 2022 trial of Johnny Depp and Amber Heard, but not in the capacity of a defense attorney. Instead, she attended as a fan of the musician actor. 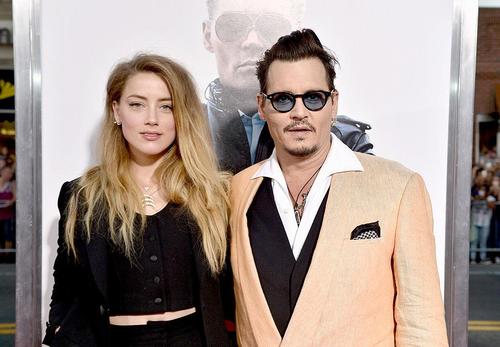 After Rich was observed on the court as a spectator, there were rumors about the two’s connection, according to PEOPLE Magazine. However, the myth was dispelled as it emerged that Rich was wed. She was reportedly seen at many hearings at the Virginia Court, according to the magazine. She was also captured on camera hugging Camille Vasquez, kissing Johnny Depp, and leaving court after another hearing.
However, the true score between the actor and his attorney is eventually exposed, and it appears to have evolved into something that would make both of them pleased, months after the court favored Johnny Depp in the slander lawsuit.
The relationship between Johnny Depp and Joelle Rich has been officially verified, according to US Weekly.
“Their chemistry is incredible. They have a major disagreement. They are the real stuff, the source assured the magazine covering entertainment.

The insider also clarified why Joelle Rich attended the trial of Amber Heard and Johnny Depp, which took place in Virginia from April to June 2022.
She was not required to be there for work purposes. According to the source, it was personal. Evidently, when the adorable couple first started dating, they only met up at hotels since they were still being “discreet.” 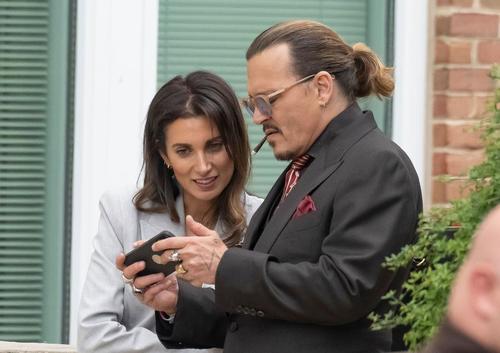 Joelle Rich was still married to her husband in 2018 when she first met Johnny Depp. Since then, she has been working on a divorce settlement. Joelle Rich, like her lover Johnny Depp, who is the joyful father of two children, Lily Rose and Jack, has two lovely children.