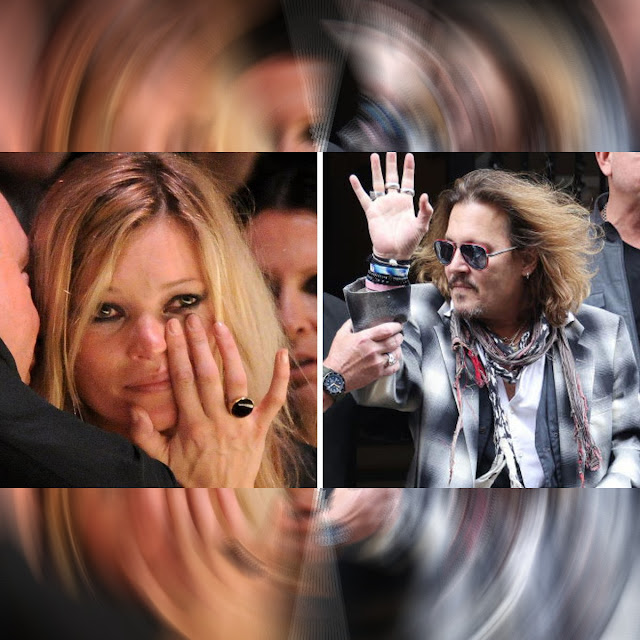 Johnny Depp, who starred in “Pirates of the Caribbean,” is one of Hollywood’s most recognizable performers. Throughout his distinguished career, he has made appearances in a number of Tim Burton films, including “Edward Scissorhands,” “Sleepy Hollow,” “Charlie and the Chocolate Factory,” and “Alice in Wonderland.” Depp, one of the most well-known movie actors in the world, was named the highest-paid actor by Guinness World Records in 2012.
Depp’s parents are Betty Sue Palmer and Christopher Depp, and he was born in Kentucky in 1963. Neither of his parents were performers; his mother worked as a waiter and his father as a civil engineer. The family relocated frequently before settling in Miramar, Florida.
Depp started playing the guitar when he was 12 years old. After his parents’ divorced in 1978, he left school with the intention of pursuing a career as a rock star before transitioning into acting. He made his acting debut in 1984’s horror flick “A Nightmare on Elm Street,” and he immediately rose to fame.

Over the years, Depp has been in both well-known romances and ones that are less well-known. He wed Lori Allison from 1983 to 1985, then dated Jennifer Grey before popping the question to Winona Ryder. Depp also shared two children with Vanessa Paradis, with whom he had a committed relationship for a long time. He and Amber Heard previously shared a union.
Depp’s connection with English model Kate Moss, on the other hand, is one that many people are still curious about. Continue reading to learn more about their relationship’s shortcomings.

Depp and Moss’ relationship was quite up and down. When they initially started dating, they reportedly struggled to “keep their hands, lips, tongues, and legs off of one other.” The couple reportedly initially met in 1994 in New York, according to Hello! Magazine. Depp was 31 years old and Moss was 20 at the time. Moss remarked, “I knew we were going to be together from the first instant we chatted.”
The English model was clearly correct since Depp and her started dating soon after. They appeared to have the potential to become the next Hollywood power couple, and it didn’t take long for others to start referring to them as the decade’s “it” couple.
The Secret World of Johnny Depp: The Intimate Biography of Hollywood’s Best-Loved Rebel” author Nigel Goodall provided some insight into the start of Moss and Depp’s relationship. At first, the two looked inseparable. For Moss’s 21st birthday, Depp planned a lavish surprise party at the Viper Room in West Hollywood. As clever at shocking Depp as she was at giving him a pitbull dog named Moo, Moss was also good at surprise Depp.
However, there were some problems going on behind the scenes. Depp allegedly destroyed a hotel room in September 1994 after a dispute with Moss, according to Parade. Despite a number of other difficult situations, the couple fought to keep their love strong.
Many people even believed Depp and Moss had become engaged at one time. After four years of dating, they ultimately decided to separate. Unexpectedly, shortly after their separation in May 1998, they made a fleeting appearance together at the Cannes Film Festival, according to Hello! Magazine.

Goodall said that while Moss had been open to the notion of dating Depp in the future “sometimes,” Depp had expressed no desire in a “open” relationship. Although they had many fights in the past, this split was irrevocable.
Depp was plainly hurt by the breakup, and he even acknowledged that he was to blame for the breakdown of their relationship. He said, “I’ve never been that worked up about a lady before. “We had so many positive things going for our relationship, therefore I’ve been so foolish. I must accept responsibility for what transpired because I was difficult to get along with, I let my work to interfere, and I didn’t pay her the proper attention.”
Depp further stated:
“We could have been so happy if I could have handled things more gracefully and stopped getting so down about my work and other nonsense. I don’t know, maybe I just couldn’t handle the fact that our relationship was so strong and had to act foolishly by pushing her away.”
After being left heartbroken, Moss talked about her romance with Vanity Fair in an interview that took place in 2012, several years after the fact. She uttered:
“Nobody has ever been able to genuinely take care of me. For a while, Johnny did. I took him at his word. For instance, he might answer my question “What do I do?” And when I left, I missed that. I completely lost my sense of who I could trust. Nightmare. sobbing for years and years. Oh, how I cry!”
Depp and Moss went on to have highly successful careers and get into other relationships in the years that followed their split. Despite having a lengthy history together, it appears like the two are getting along well presently.