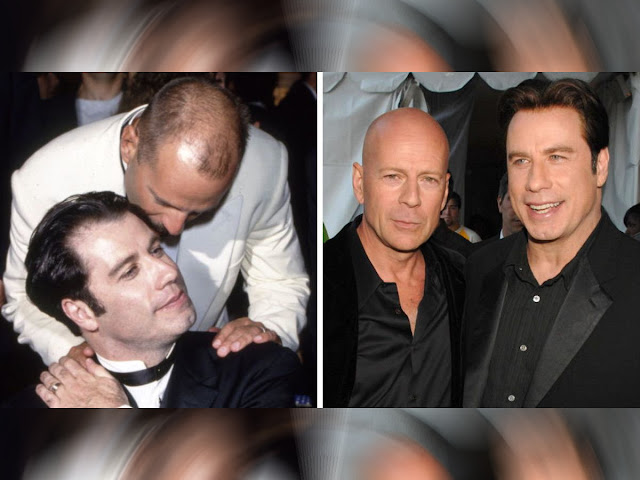 Famous Hollywood stars John Travolta and Bruce Willis featured in the cult classic movie “Pulp Fiction” back in 1994. The Quentin Tarantino-directed movie is adored by fans of Travolta, Willis, and Tarantino equally. The neo-noir dark comedy crime picture included numerous plot lines about people involved in Los Angeles crime, and it was typical Tarantino in terms of action and fighting sequences. The movie was well-received by reviewers and was named one of the most influential movies of the 1990s due to its abundance of pop-culture touchstones. 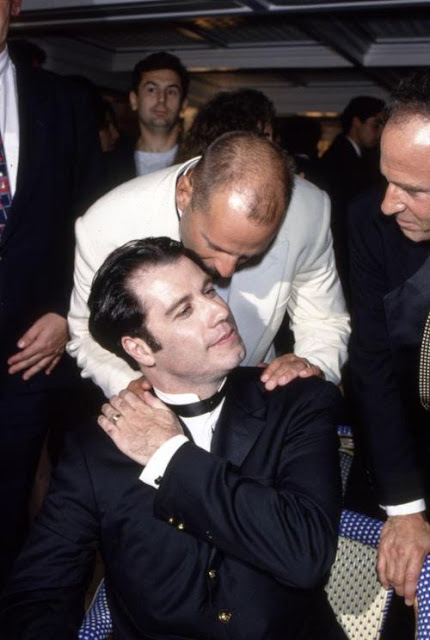 Willis has won 12 accolades in all, including Golden Globes, Blockbuster Entertainment Awards, and a People’s Choice Award, for both his acting and comedic work. Travolta has won 15 accolades in all for his work in film and television, in addition to the Juno Award for International Single of the Year in 1979.
Needless to say, these two actors are seasoned performers on their own, but when they collaborate, they become a fan favorite. Willis did, however, declare in March 2022 that he would no longer be acting as a result of health issues. The world was saddened by his news and was reminded of his distinguished acting career. His close pal Travolta was among those who offered encouragement.

Fans and family members were devastated to learn that Willis was leaving acting since he has played a significant role in the industry for more than 40 years.
The world was devastated by the news that Willis was retiring on March 30, 2022. Willis’ ex-wife Demi Moore and wife Emma Heming Willis both shared the same image and text on their personal Instagram profiles, saying that Willis had been diagnosed with aphasia and needed to take a break from performing.
John Hopkins claims that aphasia is a language problem brought on by injury to a particular region of the brain that regulates language expression and understanding. This condition makes it difficult for a person to interact with others efficiently and, in some cases, even makes it difficult for them to accurately grasp what other people are saying.

According to Page Six, before his family intervened “to take care of him,” Willis was experiencing cognitive problems. He found it difficult to recall his lines and ultimately failed to do so. a source clarified: “Bruce was having cognitive issues, and everyone was aware of this. The actors and crew all knew one other. His family has intervened and relocated to help care for him.”

According to Page Six, Willis was utilizing earpieces so that he could get his lines while on the set.
Other celebrities, besides his family, were upset and astonished by the performers’ retirement. Travolta wrote a beautiful homage to his pal on his own Instagram account. Travolta uploaded and wrote on a website in March 2022 “When we co-authored two of our biggest successes, Pulp Fiction and Look Who’s Talking, together, Bruce and I became close friends.

I just want you to know that when anything wonderful occurs to you, I feel like it’s happening to me, he stated to me years later. That demonstrates how kind-hearted he is. I cherish you, Bruce.”
Users expressed their admiration for the heartfelt homage with thousands of likes and more than 7,000 comments on the two old photographs. Instagram users left comments that included the following: “I was astounded when I first saw him in “Moonlighting.” one of the rare actors who has persevered like you. I send him and his family my best wishes.”

Adding to the homage was a compassionate Instagram user who said, “Regards, Bruce Willis. From “Die Hard” to “Pulp Fiction” to “Last Man Standing” to “Unbreakable,” to the best of all time, “Armageddon,” I’ve been watching you since I was 12 years old.”
The remarks about how much people love Willis and the dynamic combo together go on and on. Willis may not have any new projects in the works, but he does have a couple that have either been finished or are in the post-production phase, so his fans will still have access to new content in the next several years. These forthcoming films include “Vendetta,” “Fortress: Sniper’s Eye,” and “Wire Room,” according to IMDB. Willis has been in more than 120 projects.