Everyone is perplexed by the diver’s unusual connection with the fish, as opposed to the more common relationships humans form with puppies, cats, or farm animals. And if that weren’t bizarre enough, these two oddball friends have been sharing this particular bond for for than 25 years, according to daily-cuteness. 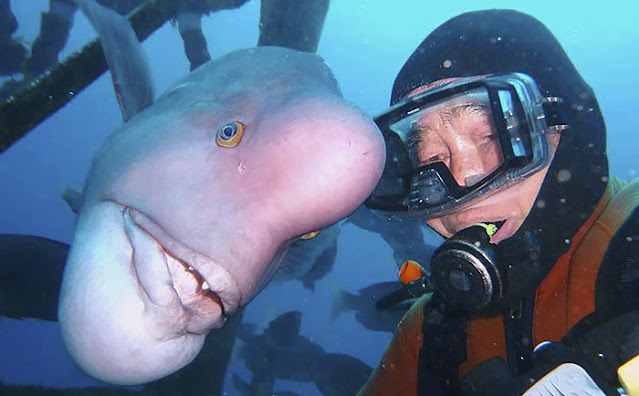 It all began many years ago when Japanese diver Hiroyuki Arakawa was chosen to oversee a torii, a Shinto shrine that is considered sacred. But unlike other ‘torii,’ as they are known in Japan where they are found beneath Tateyama Bay, this one was unique. Hiroyuki had to dive often to verify the site’s condition due to its spiritual significance. The man eventually knew even the extinct sea animals because he had been doing so for so long. In particular, the diver has a wonderful bond with a wrasse fish by the name of Yoriko. 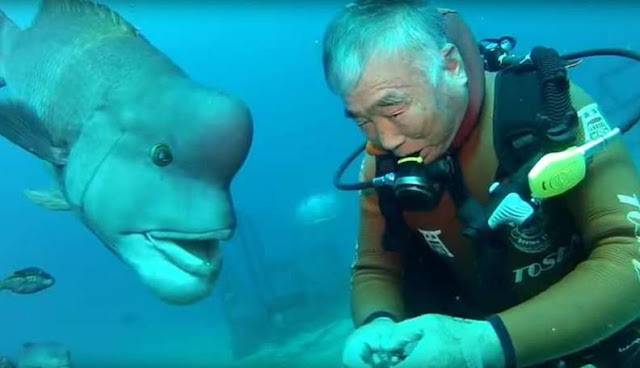 Despite how strange it may sound, Hiroyuki and Yoriko get along very well and are unable to cross paths again. And despite the absurdity of a relationship between a person and a fish, science reportedly has a theory to explain it. It was discovered that fish could recognize human faces. 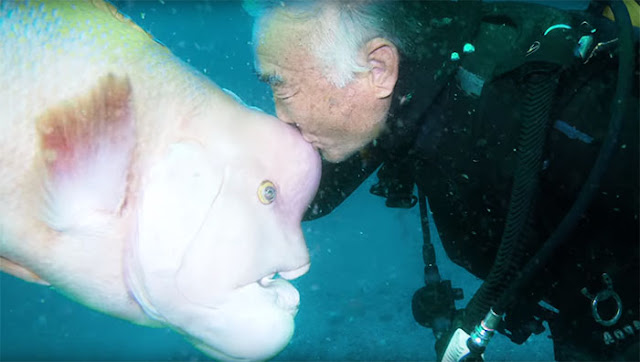 According to Dr. Cait Newport from Oxford University, “scientists educated the fish to pick one by spitting their jets towards that photo.” The fish were shown two pictures of human faces. The researchers made the decision to increase the difficulty. The head contours were evened out and the images were converted to black and white. You’d think the fish would become confused by it. But no, they correctly identified the recognizable face 86% of the time.