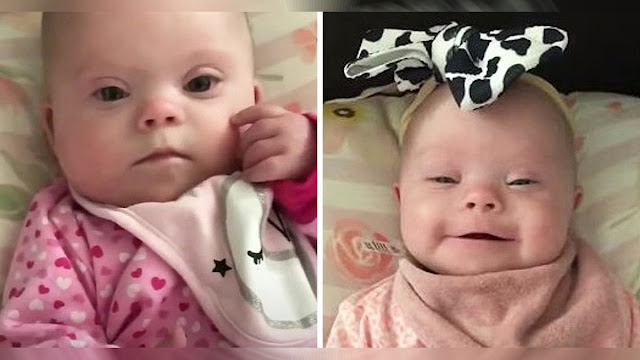 Most families only worry about their kids’ health as they wait for a new baby to arrive. Because of this, not everyone decides to have genetic testing done before having children. On May 12, 2021, Justin Ackerman and Savannah Combs of Jacksonville, Florida, welcomed twins into the world two months early. Although they were aware that one of their children could have a hereditary disease, they decided against doing the extra tests. Mckenli and Kennadi Ackerman, two infant girls, are two in a million to have Down syndrome.

According to data on the prevalence of Down syndrome, it is exceedingly unlikely that both twins would have the condition. The news stunned the parents, but they were even more delighted to learn that both of their girls are healthy and content. The twins had to spend more time in the hospital since they were delivered early. So, when they were allowed to return home with their parents, it felt very special.
Because a third copy of chromosome 21—either the complete copy or a portion of it—is present in people with Down syndrome, the genetic disease is also known as trisomy 21. People with Down syndrome can have quite different lifestyles. Some people choose to pursue higher education after they graduate from high school instead of seeking employment. While some folks need greater help with financial and legal issues. People with Down syndrome are advised to have routine health screenings and checkups throughout their life.
Although every child is unique, McKenli and Kennadi are in fact “rare.” Dr. Pamela Trapane, medical director of Wolfson Children’s Hospital’s Duran Genetics Center in Jacksonville, Florida, stated that it is “very unusual” for twins to be born with Down syndrome. 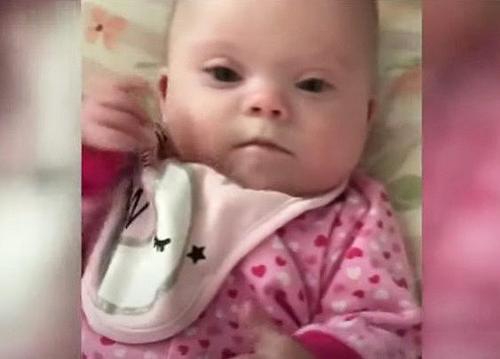 When Mckenli and Kennadi were born, everyone was taken aback. “Approximately two twin pregnancies out of every 1,000 will result in at least one child with Down syndrome,” the doctor continued. The likelihood that a pregnancy will result in twins and that both of the twins will have Down syndrome, on the other hand, is around one in 1 to 5 million.
Everyone responds differently to unexpected news, and this was undoubtedly the case for these parents. When the twins’ prognosis was initially revealed, Combs’s husband, Ackerman, was “extremely emotional,” but their mother said she was “simply delighted they were here.”

Before the infants were born, Combs and Ackerman were informed that there was a significant probability one of them may have Down syndrome; yet, they still chose not to undergo genetic testing. “Every (prenatal) checkup they were alive was a blessing to me,” the first-time mother said.
According to Combs, the infants are “reaching milestones like no other” in January 2022. Every week they attend physical and occupational therapy, and according to their mother, they are almost crawling.

Both of the twins are utterly lovely. Their parents are overjoyed that the girls are doing well. The twins are significantly distinct from one another, according to Combs as well. Kennadi is a “ray of light,” but McKenli is “a real diva,” it seems. 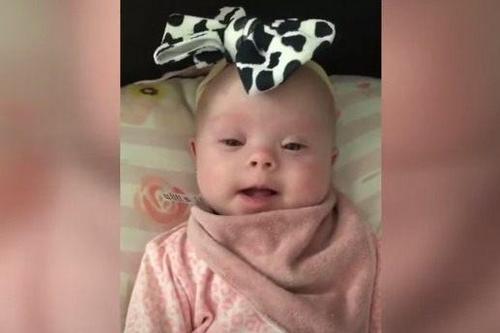 When the twins were 5 months old, in October 2021, Combs talked with News4Jax and said, “It’s really rare what they have, but they’ve been my little pearls.”

Combs said, “They’re dubbed mono di twins, meaning they had their individual sacs but shared the same placenta, indicating they were likely to be identical. Added she, “As it is, having twins is quite uncommon. Add Down syndrome on top of that, and the odds are something like 1 in 2 million.”

Combs, as a mother, also had something significant to say about her girls and emphasized to everyone that they are just like other newborns. “They are emotional. Their heart is pounding. They are capable of speaking. They are capable of performing tasks you can. They will arrive. Even though they may be a step behind, they will nonetheless complete the task. These kids are feisty little creatures and joyful little things, as far as I can tell “the devoted mother clarified.
All Combs wants for Down Syndrome Awareness Month is for people to understand that those who are born with the disease are not less than anyone else. “They are identical to us. They have Down syndrome, but I won’t treat them any differently.”

Raising a child that you like but who the world regards differently just because they are different in appearance is difficult. Down syndrome parents are aware that their children are just like any other children, yet the stigma surrounding the disease can be difficult for certain families.
Through their TikTok channel, Combs and her family are seeking to combat the stigma and negativity associated with parenting children who have Down syndrome. We hope for the best for these lovely girls and their amazing family in the future!