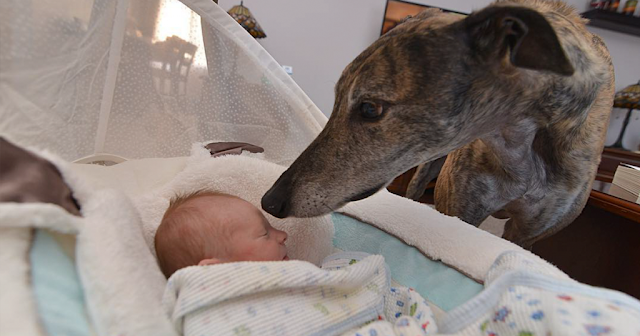 When Mosley, a greyhound, was saved from the dog racing business, he was 4 years old. The dog was shortly adopted by Scott Merrihew and his wife, but because he had grown accustomed to loudness and having many dogs about him, he didn’t know how to react to human compassion and affection. 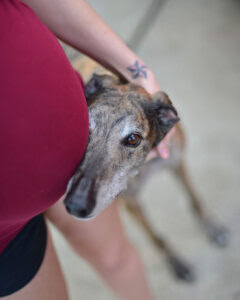 Scott told The Dodo, “When we initially received him, he had a little separation anxiety and was incredibly possessive of his area.” To get him to feel as at ease with living off the beaten path as he does now, it required a lot of patience over the years. The 8-year-old Mosley grew particularly interested in Scott’s wife when she became pregnant. 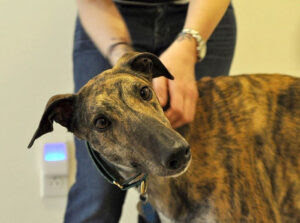 Merrihew remarked, “He was a lot cuddlier with my wife towards the conclusion of the pregnancy. He was aware that something was going on! About a week ago, Lucas Merrihew, a baby boy, was born, and Mosley couldn’t be more in love with him. 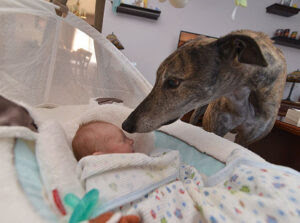 Scott said, “His initial response to Lucas was highly intrigued, but he understood to keep his distance. He has been excellent with the infant. Currently, Mosley is permitted access to the room at night even though the cats are locked out.