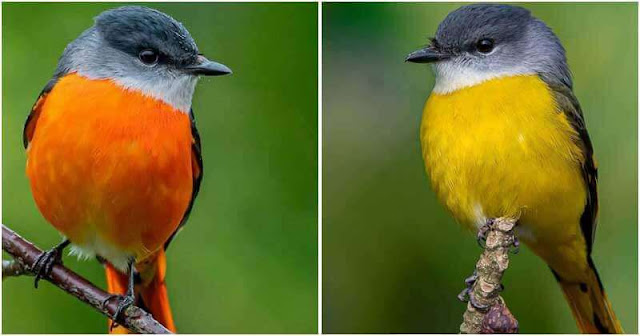 It is easy to recognize the grey-chinned minivet. These adorable, plump birds have an orange underpart, blackish wings with vivid orange comma-shaped slashes, a dark gray head, and a pale gray chin.
The only differences between the male and female birds (mentioned above) are the females’ yellow belly and their vivid yellow wing slashes. A his and hers bird may easily be identified by these exquisite differences. 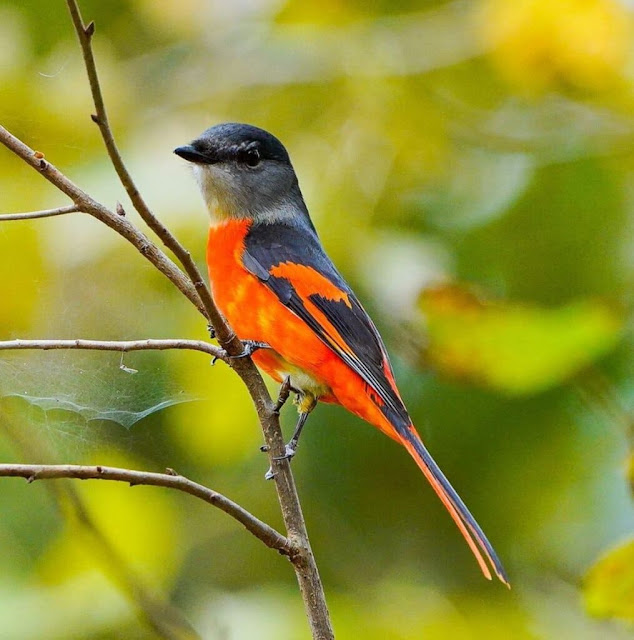 A species of bird belonging to the Campephagidae family is the grey-chinned minivet. They are found in the northeastern India, southern China, mainland Southeast Asia, Sumatra, and Borneo as well as the eastern slopes of the Himalayas.

These birds live in highland forests that are up to 3,300–6,600 feet in height. They may frequently be found in secondary forests, elfin forests, coniferous forests, and broadleaf forests. They occasionally opt to reside in gardens with trees and the margins of forests. 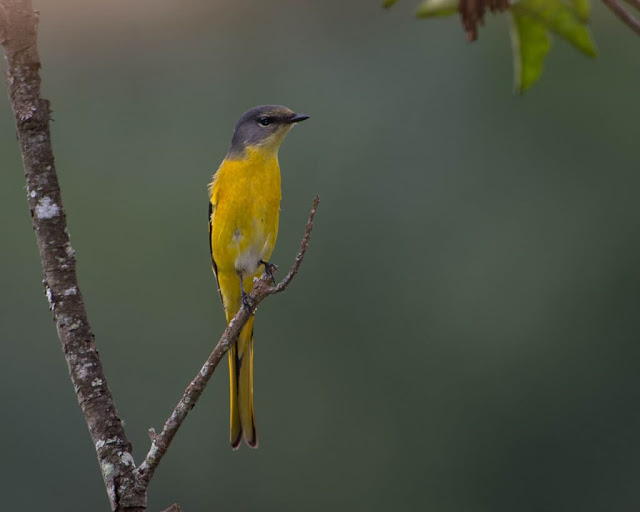 Minivet birds often congregate and reside in tiny groups of no more than 15 birds. But occasionally, they group together in huge flocks of dozens of birds. They look for food among the invertebrates in the canopy.

This bird’s breeding season lasts from February to April.

The male grey-chinned minivets present their partner with a flower. Female birds will touch the blossom with their beaks if they accept. 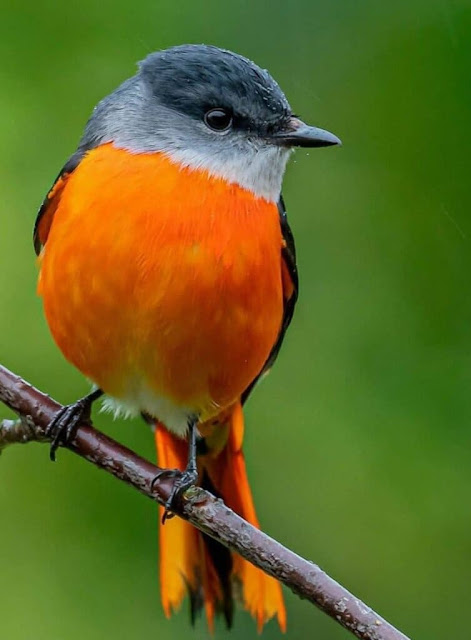 Both men and females construct their nests using a branch or tree fork after locating their partners. One intriguing feature is that these birds put lichen to their nests to help them blend in. Male birds will assist females in feeding the young until they are able to fly on their own.