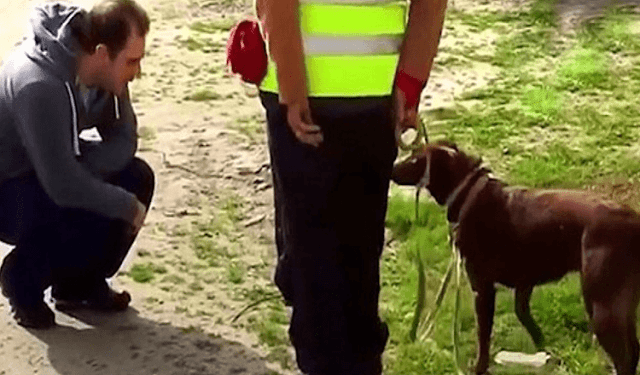 Her dad was devastated and worried when Pakita the dog vanished three years ago. The man felt helpless as he looked in all the wrong places for her and kept having his dreams dashed. He didn’t give up on her though, and he kept seeking for her in several shelters until his perseverance paid off.
Dad was overjoyed to learn Pakita was still alive and living in a remote shelter three years later, where she had been leading a fairly alone and depressing existence. Pakita’s response, according to ilovemydog, was unexpected when he went to the shelter to pick her up.

Pakita has plainly suffered from years of separation and a hard shelter lifestyle. The despondent dog refused to get a close look at Dad and only trusted her caregivers. She whimpered as she saw a weird new person coming toward her since she didn’t recognize him at all. 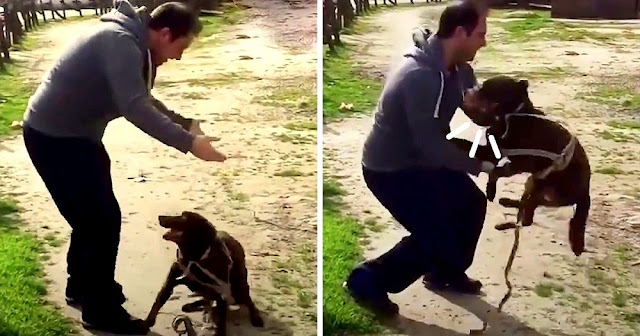 Dad encouraged Pakita to approach by reading her nervous, stressed-out body language. Pakita hesitated, but when Dad knelt down and spoke to her, she was prodded to go ahead and smell him. For her, it was a complete shock. She finally understood her beloved, long-lost father had come back to take her home as she started to recognize his scent!
The amazing moment Pakita overcame her reservations and acknowledged Dad with her delighted feelings is captured in this footage! Within a matter of seconds, she transitions from being afraid to astonished to ecstatically delighted, and her father reassures her that she will never again feel lonely. As you witness their heartfelt reunion below, keep the volume up!