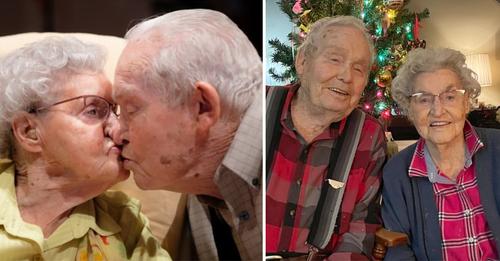 Next month, an Ohio couple will commemorate two significant anniversaries when they reach 100 years old.
According to stories, Hubert and June Malicote met for the first time when they both traveled to Ohio in pursuit of employment. Both were born in July 1922, were raised in rural Kentucky, and had similar upbringings.

The pair said that their love started when they were attending church in their interview with NBC station WLWT. They were first just buddies, but it quickly developed into something more.

June and Hubert were wed on June 8, 1943, but Hubert was soon called up to serve in World War II. He spent two years in Hawaii in the Navy, but when he came home, June was at the train station.

According to TODAY, they made Hamilton, Ohio their home and raised a family there. Seven grandkids, 11 great-grandchildren, and three children were born to the couple.

Hubert and June will soon commemorate their amazing milestones of reaching 100. Hubert will be 100 on July 23, while June will celebrate her birthday on July 13.
According to rumors, a church service would be performed in their garden to commemorate the event.

Hubert stated of his relationship with his wife of many years: “We’ve never fought. We’ve never gotten into a fight.

We didn’t have a perfect existence, but we never did anything to damage each other, he continued.
“You might need to take a short break if there is a dispute.”
According to TODAY, the pair goes out to dinner and watches a movie every night. Meanwhile, as part of their nightly ritual, they kiss each other farewell before turning in.

“I place Mom in her wheelchair next to where Dad is seated, and they clasp hands and say goodnight to one other,” their 70-year-old daughter stated.
They are therefore overjoyed to see one another in the morning. They exchange warm smiles as they meet.