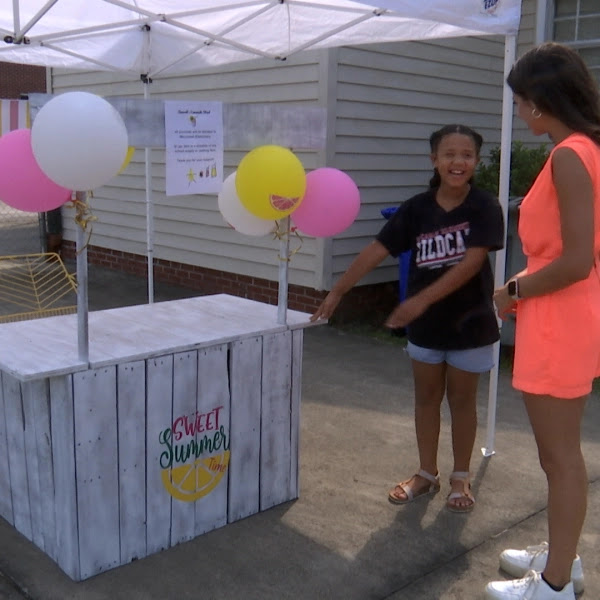 WBTW/CONWAY, S.C. In the third grade at Waccamaw Elementary School is Amarah Barnett. She already had an impact on the community at the age of 8.
Barnett is in her second year of selling lemonade to generate money for her friends who cannot afford school supplies and clothing.
Her father, Ed Barnett, claimed that she had the idea because she wanted to find a way to give back to her neighborhood. She has such a good heart for someone so young, he remarked.
He said, “I mean, I wouldn’t have thought to do it. The fact that my now-8-year-old 7-year-old thought to support her school is really fantastic.
Amarah claimed that her decision to give back was influenced by what she witnessed at school.

She said that some pupils had to carry everything around every day since they don’t have a place to store their school things.
Amarah claimed she saw the pupils were depressed as a result.
She raised more than $800 last year, which she used to pay for clothing and school supplies. Her family turned the lemonade business into a multiday extravaganza this year. They have already earned more than $500, and this weekend they want to raise much more.
At the stand, the lemonade and snacks are all $1. Neighbors and city firemen are examples of clients.
The previous year, “firefighters, first responders, and everyone stopped by a lot,” according to Ed Barnett.
Family and friends of Amarah are really proud of her.

I’m a [dad] so proud, said Ed Barnett. That’s why I just continued pacing back and forth while grinning. I’m really proud of her for doing it.
Even the principal of her school remarked on how much of an influence she is having.

Leslie Huggins, principal of Waccamaw Elementary School, stated, “The impact is truly tremendous because we not only serve the students who are here in our school, but we also help their families.” “For me, it’s kind of one of those heart-bursting moments. What we want children to do is this.

She expressed her pride at seeing her kids represent the institution so admirably.
Huggins said, “I’m very proud of her. “That’s what we’re working to develop them into: excellent contributors to our society.”

Amarah informed News13 that she has not finished her assignment. She intends to keep holding the lemonade stand for many years to come.
In terms of her future plans, Amarah wishes to go on with her volunteer work.
When she grows up, “I want to be a police officer,” she declared. There are too many male police officers, thus we need additional female officers.