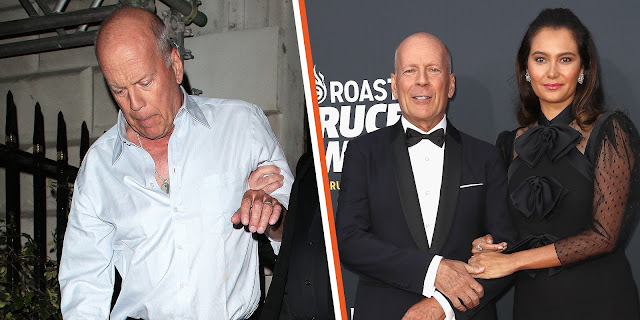 Bruce Willis is a name that many people would include on the list of top actors in Hollywood. He is most known for his parts in action movies, but he has also demonstrated a wide range of capabilities by participating in a wide range of movies and television series and even showcasing his singing abilities. Additionally, Willis is admired for his outstanding traits as a spouse and parent.
In Idar-Oberstein, Germany, on March 19, 1955, Willis was given the name Walter Bruce. His American father, who was stationed in the American military at the time of his birth, and German mother raised him. Willis was reared by the family in Penns Grove, New Jersey when they immigrated to the country in 1957.

In his adolescent years, Willis discovered his love for acting and started taking part in the dramatic arts program at his high school. He eventually relocated to New York City and made a few off-Broadway theater appearances before establishing himself in the television and film industries. 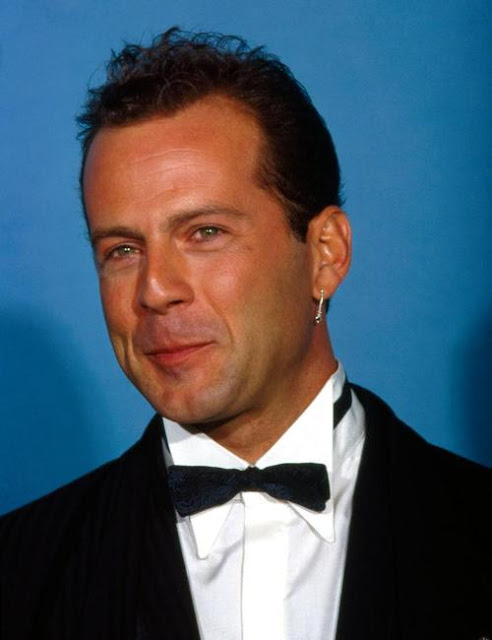 He made his debut in the television series “Moonlighting” in 1985, and since then, he has starred in more than 70 motion pictures. His brief appearance on the sitcom “Friends,” his part in “The Sixth Sense,” and his portrayal of John McClane in the “Die Hard” film series are some of his best-loved performances.
Willis announced his retirement from acting in late March 2022 owing to cognitive health difficulties. People had, regrettably, already been aware of these problems in the past, highlighting the actor’s downfall.

Fans and family members were devastated to learn that Willis was leaving acting since he has played a significant role in the industry for more than 40 years. Willis has acted in a wide range of movies and television programs during the course of his acting career. His most well-known works are the “Die Hard” series, “Pulp Fiction,” “Armageddon,” “The Sixth Sense,” and “Looper.” 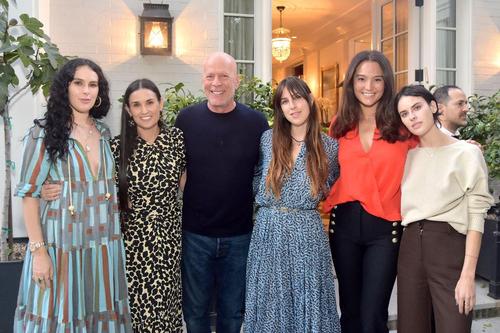 Willis helped to create the stereotype of the American action hero as John McClane. His grubby undershirt from the role is currently on display at the National Museum of American History as a piece of cultural property.
When it came to finding love in his personal life, Willis experienced some highs and lows. He has had two marriages and has five daughters. In 1987, Willis wed actress Demi Moore; the couple had three daughters: Rumer, Scout, and Tallulah. Even though they were known as Hollywood’s power couple at the time, the marriage was having problems at home. Despite being divorced in 2000, Willis and Moore have been close friends and excellent co-parents ever since.
Willis wed model Emma Heming, his second wife, in 2009. Even his ex-wife and her ex-husband Ashton Kutcher attended his wedding as guests. Willis and Heming have been married for many years and have two kids, Mabel and Evelyn Penn, together.

While several of his movies made him very rich and famous, there is little doubt that the “Die Hard” series is largely to thank for Willis’ wealth. He made more than $50 million from all four of his movies, and as of right now, his net worth is projected to be $250 million, according to Celebrity Net Worth.

Even though he will always be remembered as an icon, Willis said, “Violence, hilarity, and ‘Looper’.” However, the retired actor said that he occasionally finds himself saying his well-known catchphrase, “Yippee ki yes!”
The world was devastated by the news that Willis was retiring on March 30, 2022. Heming and Moore each shared a similar Instagram photo with a statement saying that Willis had been diagnosed with aphasia and needed to take a break from acting.
John Hopkins claims that aphasia is a language problem brought on by injury to a particular region of the brain that regulates language expression and understanding. This condition makes it difficult for a person to interact with others efficiently and, in some cases, even makes it difficult for them to accurately grasp what other people are saying.
According to Page Six, before his family intervened “to take care of him,” Willis was experiencing cognitive problems. He found it difficult to recall his lines and ultimately failed to do so. One person stated: “Bruce was having cognitive issues, and everyone was aware of this. The actors and crew all knew one other. His family has intervened and relocated to help care for him.”
According to Page Six, Willis was utilizing earpieces so that he could get his lines while on the set. Additionally, it was said that he took one when he made his Broadway debut in “Misery” back in 2015. However, insiders claimed that this was more a result of Willis being “nervous” about script revisions than anything else.

In more recent movies, though, Willis also used a body double for several of his parts since “having him on screen was becoming increasingly problematic.” Willis reportedly shot for just three days on one assignment. The insider said that it “was becoming really evident he was having difficulties… he could not act anymore.” 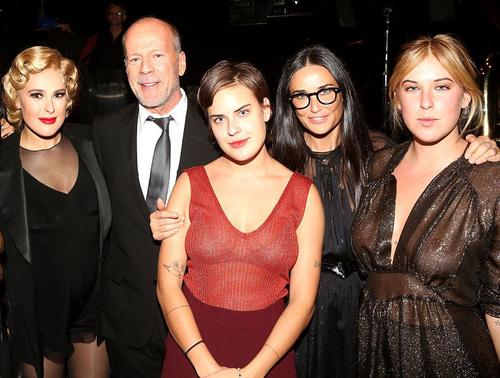 Willis may not have any new projects in the works, but he does have a couple that have either been finished or are in the post-production phase, so his fans will still have access to new content in the next several years. These forthcoming films include “Vendetta,” “Fortress: Sniper’s Eye,” and “Wire Room,” according to IMDb.

The members of Willis’ family have been tremendously helpful throughout this time. Heming and Moore posted the following in their Instagram posts:
“We wanted to let Bruce’s incredible fans know that, in addition to certain health difficulties, Bruce has recently been identified as having aphasia, which is affecting his cognitive functioning. Because of this and after careful contemplation, Bruce is leaving the profession that has meant a great deal to him.”
They went on:
“Our family is going through a tremendously difficult time right now, so we sincerely appreciate all of your love, sympathy, and support. We are dealing with this as a solid family and wanted to invite his fans since we are aware of how important they are to both of you.”
As Bruce often says, “Live it up,” the message continued, “and together we aim to do just that.”

Even though Willis’ family has subsequently offered to assist care for him, the procedure hasn’t been simple. The Willis-Heming-Moore family is obviously very loving, yet taking care of someone else has many difficulties. Heming has “found it difficult” to deal with Willis’ acting retirement and his aphasia diagnosis, a source told PEOPLE in April 2022. It’s difficult to watch a partner diminish, the insider continued.
Over the last ten years of their marriage, Willis and Heming have shared a number of their touching tales with the public. Willis and Heming were married in 2009. On March 21, 2009, the pair had their first wedding in the Turks & Caicos Islands. According to TODAY, the ceremony was not legally binding, so six days later they conducted a civil ceremony at a friend’s house in Beverly Hills, California. Moore and her ex-husband Ashton Kutcher were among the guests at their wedding. 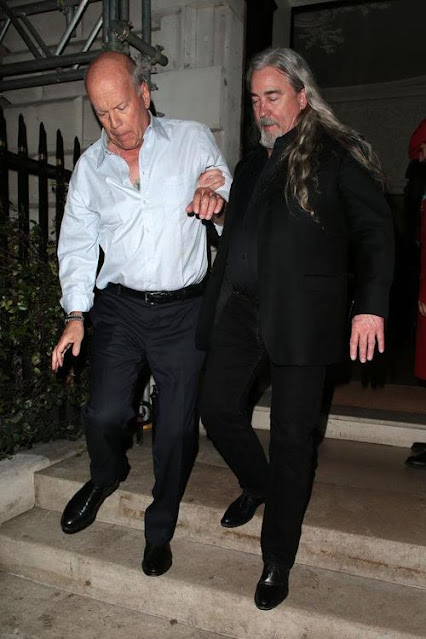 Since that time, Willis and Heming have created a lovely family. Their first daughter, Mabel, was born in April 2012, and Evelyn, their second daughter, was born in May 2014. Heming is also the stepmother to the three girls that Willis had from his union with Moore. The large mixed family functions well together and even frequently shoots pictures on social media.
Elle Decor claims that Willis and Heming share a Craftsman-style house in Bedford Hills, New York, where they take care of their garden and spend time with their children and one another. Willis praised discovering love with Heming in 2017. He told Closer Weekly, “I don’t want to be apart from Emma at all. It’s the most unique connection I’ve ever experienced.

Heming posted a sweet photo of the pair to Instagram in 2021 to mark their 12th wedding anniversary. She stated in the caption:
“We’ve experienced our fair share of exhilarating highs and depressing lows. But he is my individual. There is no one else I would rather experience this crazy thing called marriage with. I adore him with all of my heart since he is my family and has given me everything I ever wanted in a family.

But Willis and Heming have also made an effort to keep some aspects of their private lives hidden. They seem to be able to move away from the media when necessary. It is now clear that Heming had to take charge in order to ensure the care of Evelyn and Mabel, the girls she and Willis share.

The insider further stated that “their girls are still so young.” Emma has to maintain her composure for them.
Heming has undoubtedly been focused on her spouse throughout this challenging period, though. A long-time actor must find it difficult to abruptly end such a prestigious job and continue to face difficulties on a daily basis. The insider informed PEOPLE that Heming had “scheduled for him to see the top physicians” and was “working with various specialists to aid” Willis. Added the source:

He has a helper at home to make sure he’s secure, but Emma also takes care of him. Bruce is older than Emma, so they were aware that his health may deteriorate more quickly than hers. Still, she was shocked to learn of his condition.