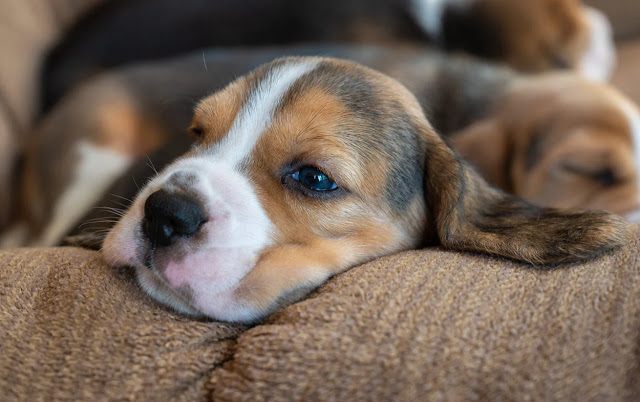 After 4,000 Beagles were seized from a facility in Virginia that was breeding them to be sold to scientists for drug trials, a fantastic dog rehoming initiative is presently ongoing in the US.
The abused dogs were rescued from an Envigo facility in Cumberland after it was shut down due to many allegations of animal rights breaches, in what has been referred to as one of the largest dog rescue operations in the history of the nation.
The Telegraph stated that government inspectors discovered that Beagles there were being slaughtered rather being treated for diseases that were easily treatable, nursing mother Beagles were denied meals, and when they were finally given, the food they received contained maggots, mildew, and feces.
The Humane Society stated in a statement that 25 Beagle pups perished during an eight-week period from exposure to the cold, and that some of them were hurt when other dogs bit them in crowded settings.

Given that many of the dogs already exhibit indications of stress, rehoming organizations have already said that the sad conditions in which the dogs were kept will have an effect on how they behave in the future. Some of the puppies who were saved had never even been held and had no idea how to play.
Privately held contract research organization Envigo—also known as the business that operated the Virginia facility—offers research models, related products, and services to the pharmaceutical and biotechnology industries, as well as to the government, the academic community, and other life science organizations.
The US Department of Justice filed a lawsuit against it in May 2022 for breaking the Animal Welfare Act. The factory would thereafter be shut down, according to parent firm Inotiv’s announcement in June. Envigo reached a settlement with the government in July without having to pay any fines at all.

However, according to Republican state senator for Virginia Bill Stanley, who stated with The Telegraph, “I attempted to shut them down in 2019, but was not successful,” the campaign to save the Beagles started far earlier than 2022. But we continued to struggle over the years.

About 4,000 beagles are looking for homes after animal rescue organizations started removing them from a Virginia facility that bred them to be sold to laboratories for drug experiments. https://t.co/9R4AwU94qJ pic.twitter.com/iT54OF3LTv

Shelters in Virginia and its neighboring states have already begun accepting the dogs, giving them a thorough checkup that includes medical checks, vaccines, and any other treatments they may require. The Beagles won’t be ready for adoption until then, and we’re hoping they’ll find loving homes.