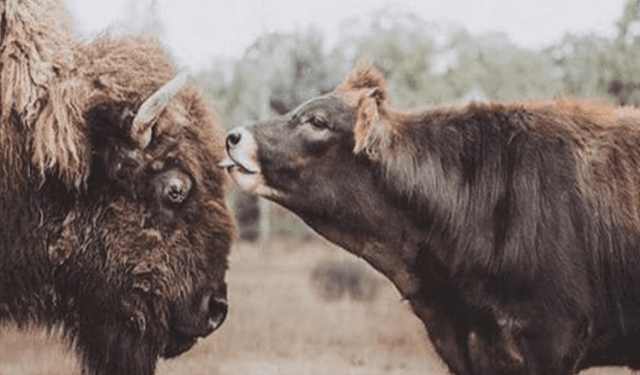 The Lighthouse Farm Shelter in Oregon is home to a bison. Helen is the name of the blind woman. When she first came to the sanctuary five years ago, she fidgeted and did not interact much with the other animals.

In order to give Helen a buddy when she first arrived at the sanctuary, we attempted to pair her with “field pals,” but no one really clicked with her, according to Gwen from Lighthouse Farm Sanctuary, who speaks to My Modern Met. Unfortunately, this resulted in Helen spending a lot of time alone. A year or so later, according to Gwen, “we rescued a milk cow named Betsy who was expecting and gave birth to Oliver at the shelter. He headed into Helen’s neighborhood as soon as he felt comfortable enough to do so, and their relationship developed almost immediately. ” 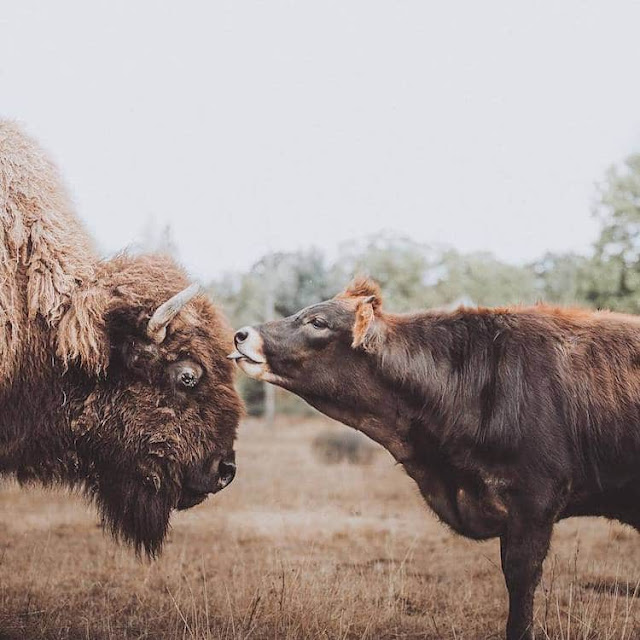 Oliver can be located in that area. He is a Jersey calf bone who travelled with them and gave Helen the affection she deserved. Despite the fact that they don’t really complement one another, they are friends and have a strong relationship. Helen’s maternal instincts took control as she even began grooming Oliver. Oliver’s hair color started to change over time to resemble Helen’s.
They quickly became good friends, and soon Helen started to change and become well. They lived together for a year, never leaving Oliver’s mother Betsy. The calf eventually joined the cow herd at the shelter, but Helen had gained enough self-assurance by this point to let other animals into her life. Uma, a recently adopted pig, entered her life, and now the two of them frequently cuddle and share meals. 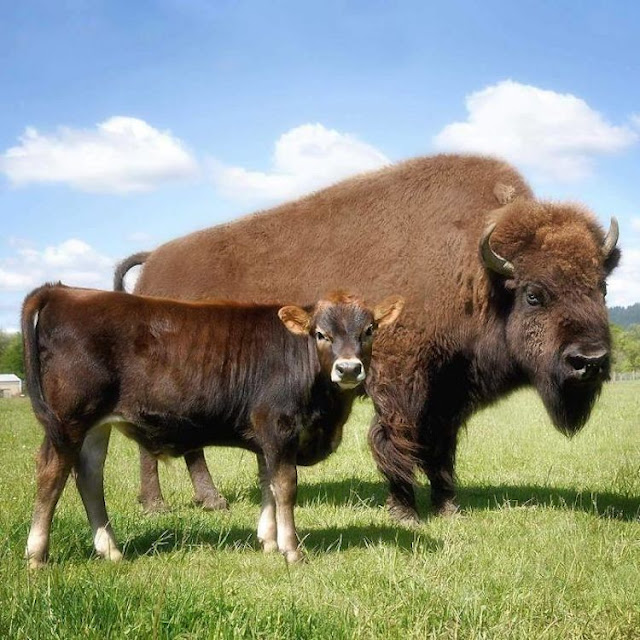 In addition, Helen is Italo’s foster mother at the refuge. Most of the day, they stay near to one another, and she also rubs him. “Seeing Helen emerge from her covering has been simply incredible, and we’re so fortunate to recognize her,” Gwen exclaims. She is the most loving, patient, and compassionate animal we have ever had the pleasure of knowing.

Animals like Helen and her pals may feel safe and at ease in the environment provided by Lighthouse Farm Shelter. The team claims that approximately 300 non-human animals that have experienced the worst of humans live in their sanctuary and that they “amaze us every day with their great capacity to love and to be loved, even after the tragedies they have undergone.” Our goal is to share their stories with the local community and to influence how society views them for the better.
At Lighthouse Farm Sanctuary, Helen spent the first few years of her life alone when Oliver, a young Jacket calf, entered her life. 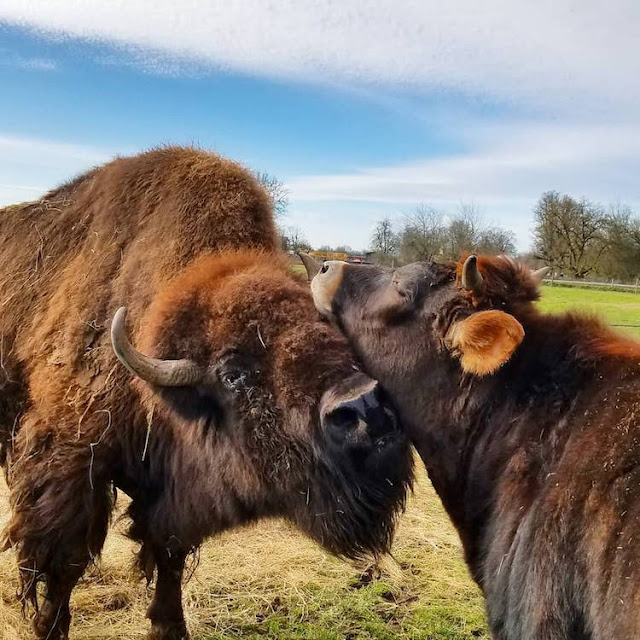 Oliver made a lot of affection known, and they became friends. 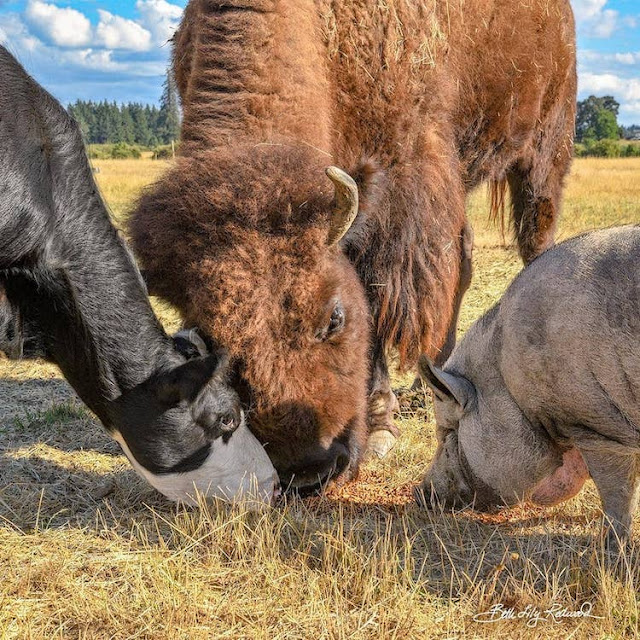 Oliver eventually joined the other cows, but Helen has gained the confidence to establish new, close pals. 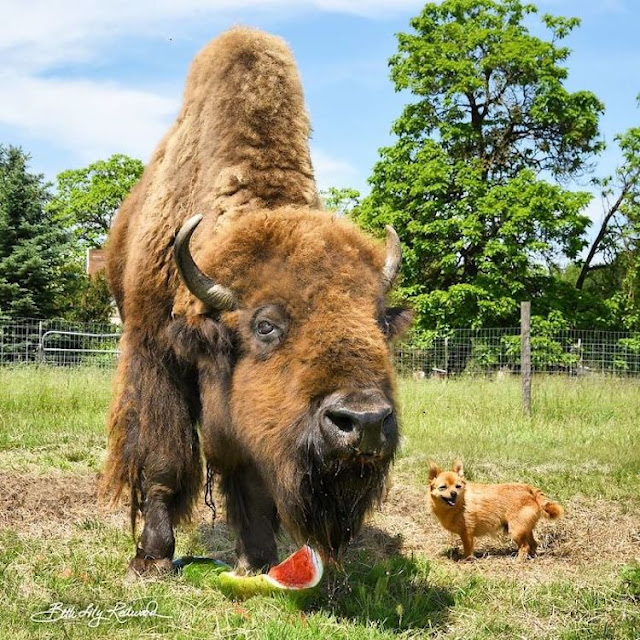 Helen is also caring for Italo, a young calf who was just rescued.