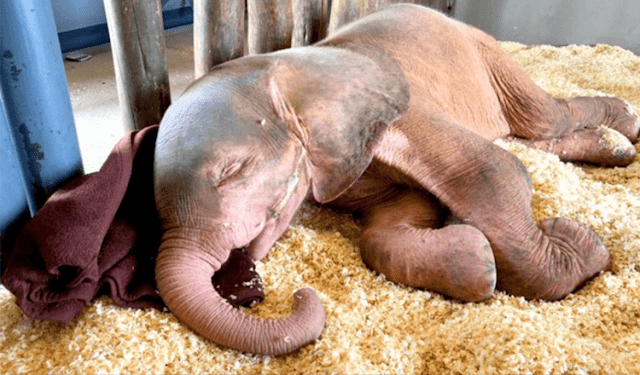 A vulnerable young elephant that had supposedly been captured in a snare for four days was saved. The sad creature was discovered tangled not far from South Africa’s Kruger National Park. Sadly, the elephant calf’s face and ears were severely injured by the trap, but her rescuers believe she will fully recover. 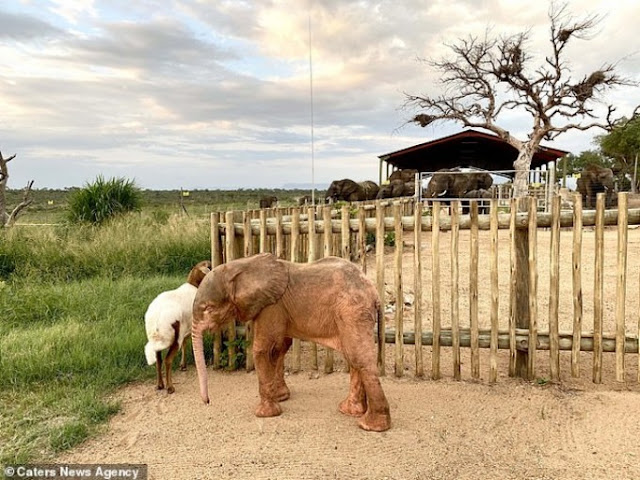 Fortunately, three volunteers at the elephant orphanage Hoedspruit Endangered Species Centre discovered the baby in time. The newborn elephant, Khanyisa, is a really remarkable one, according to the rescuers. Her skin is pink in color rather than grey like an elephant’s would be. 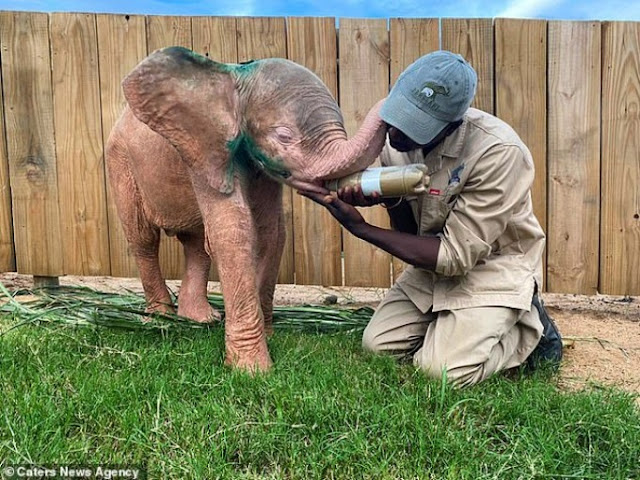 Sue Howells at the elephant orphanage said, “She appeared so innocent, frail and pure, and yet so courageous – a rare beauty who had been [wounded] by the hands of man. “We knew we had to support her, guard her, and provide her with a haven of safety so she would never have to go through (something similar) again.” 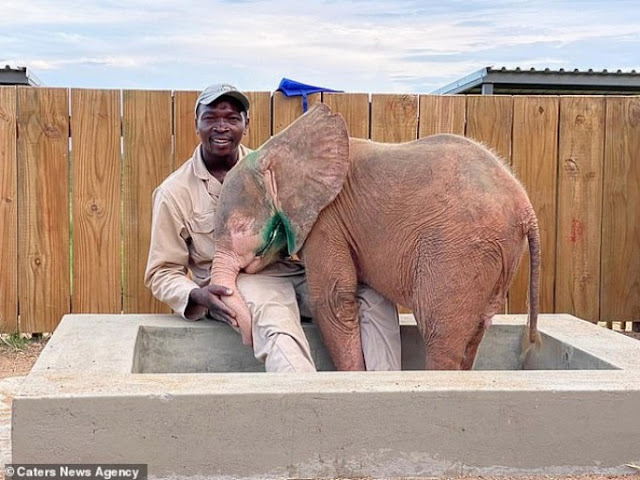 The elephant was saved, and pictures of her clearly show how pleased she is to be secure at last. And despite everything she had to go through, Khanyisa showed what a brave soul she is. Khanyisa is a particularly bold and tough young elephant, according to Sue Howells. She has amazing resiliency. Despite everything she has been through, her lovely, frail, and considerate demeanor shines through her hardness.

A “wildlife facility concentrating on conservation and the sustainability of rare, endangered, and threatened species,” Hoedspruit Endangered Species Centre is located in South Africa. According to the elephant orphanage’s official website, the location was once “developed as a cheetah breeding project, but it eventually evolved into a wildlife conservation center.”