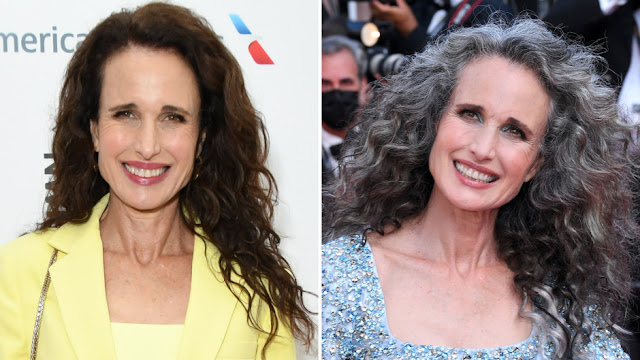 Actress Andie MacDowell has gained popularity for her charm and talent on the stage and screen since her heyday as a leading woman in Hollywood in the 1990s. A former model who later became an actress, MacDowell ruled the big screen at the time in films including “Multiplicity,” “Four Weddings and a Funeral,” “Green Card,” and “Groundhog Day.” Her two most recognizable attributes were her welcoming smile and trademark black curly hair.
MacDowell, 64, has embraced her gray hair during the epidemic, which has changed the way she appears these days. She’s made it her mission to show society that beauty is not determined by age and that while our looks may change as we age, it does not make us any less lovely. She is still wonderfully beautiful and works as a spokeswoman for L’Oréal. 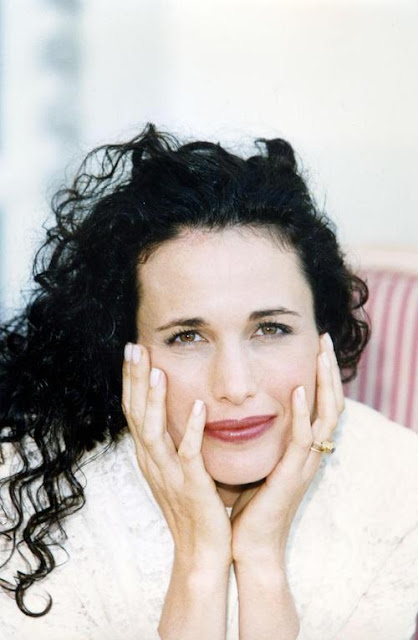 In fact, some well-known celebrities like Sharon Osbourne and Jane Fonda have abandoned hair dye in favor of their natural gray, making her recent transition to gray hair rather mainstream. Influencers on TikTok and Instagram encourage other women to embrace their natural hair, showing that even non-celebrities are embracing the shift.
MacDowell discussed beauty and aging in an interview with NPR, sharing her opinions on the subject. She stated that when we get older, our beauty doesn’t go away; rather, it changes into something new that is still lovely. She said that accepting aging is a “decision” that we can make and said that at this point in her life, she has “never felt more beautiful.”

On April 21, 1958, MacDowell was born in Gaffney, South Carolina. She endured various difficulties as a youngster, including her parent’s divorce and subsequently grieving her mother’s passing.

MacDowell was discovered by a representative from Wilhelmina Models, a very prominent modeling agency, while visiting Los Angeles in the late 1970s. In 1978, New York City-based Elite Model Management promptly signed her to a contract.
In the 1980s, the lovely woman went on to serve as the face of several ads for brands like Armani, Yves Saint Laurent, and Vogue. She attracted even more notice thanks to her nationwide Calvin Klein advertisements, which even inspired MacDowell to enter the performing industry. In the 1984 film “Greystoke: The Legend of Tarzan, Lord of the Apes,” she made her acting debut. She landed a minor part in the group coming-of-age movie “St. Elmo’s Fire” the following year.

As time went on, MacDowell continued to work as an actor and appeared in several movies, including “Multiplicity,” “Four Weddings and a Funeral,” “Green Card,” and “Groundhog Day.” Additionally, she has won several awards for her work throughout the years. 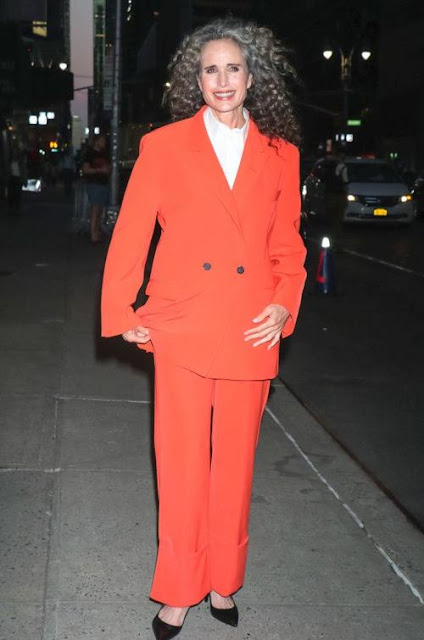 MacDowell is still performing today, and her IMDB profile indicates that she is very active! MacDowell has recently made appearances in a number of TV movies and series, such as “Maid” and “Wireless.” She also has a large list of ongoing projects, two of which are the mid-2022 releases “Along for the Ride” and “Good Girl Jane.”

Because MacDowell’s distinctive brunette curls had been synonymous with her throughout her career, her decision to accept her natural gray hair was a brave one. The mother of three said in an interview with Entertainment Tonight that her gray hairs began to appear when she was isolated at home last year. Her kids loved her, thought she was hot, and urged her to wear the appearance.
MacDowell turned gray and hasn’t looked back thanks to the assistance of a gifted colorist called Jack Martin who was able to expertly match the rest of her hair. MacDowell has even blogged about her new appearance on social media since she is so happy with it. The actress boasted about having a “good hair day” in a little video from November 2020 as her magnificent gray curls elegantly contrasted with her bright red lipstick.
The actress shared a personal experience of how her new silver hair has affected her during an interview on “The Drew Barrymore Show.” She uttered:
“I visited the supermarket. And I spotted a silver-fox-looking man there. A person you meet and think, “Oh, he’s a silver fox,” comes to mind. And without further ado, I just straightened my shoulders and said, “And so am I.” We simply exchanged glances with one another. I declared that I am a silver fox. So, there I am at the moment.
The phrase “silver fox” is typically used to describe a handsome male with gray or graying hair, but as MacDowell and many other women are demonstrating, women may also be silver foxes.

The actress expanded on her message of beauty at any age in a November 2021 interview with NPR. When she reached 40 and the media kept asking her whether she would never again work in Hollywood because of her age, she opened out about how she felt. I had the weirdest things said to me when I hit 40, she claimed.
One particular instance was a journalist who inquired about her feelings on aging and losing her attractiveness. According to MacDowell:
“I simply found it hard to believe. I assured her that I truly do not feel as though my attractiveness is waning but rather changing.
She went on:
We age and change, and this is a natural part of the process. It’s not about losing your attractiveness as you age. 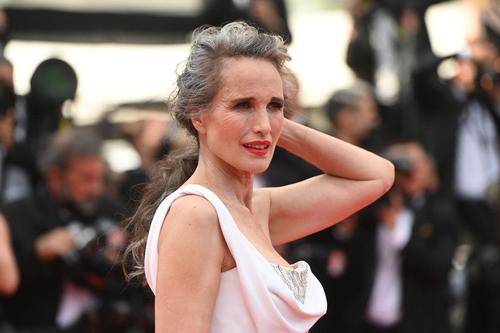 MacDowell remarked, “I want to compare myself to George Clooney because, why not?” in an interview with Vogue.
The actress made the observation that guys aren’t frequently asked similar questions in her NPR interview. In any event, MacDowell exudes beauty and confidence, and she doesn’t hesitate to tell the world about it, motivating other women in the process. I must admit, I’ve never felt more attractive, she added. Not that everyone needs to go do this, but it works for me.
She also disclosed that she had previously pondered having botox injections and plastic surgery, but she decided against it because she preferred to embrace her natural beauty. Added her:

“I believe that aging is something that you have to determine whether or not you enjoy it. It’s a decision… I like how accepting people are of my aging. We should all take note of the fact that we get gorgeous with age, I believe.