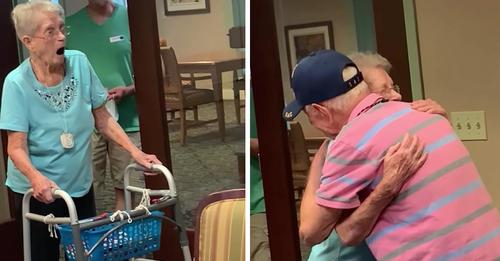 Five years have passed since Mary Pine last saw her 84-year-old “little brother,” Bob Taylor.
Family visits to the 95-year-old have been restricted owing to the pandemic since she moved into an assisted care facility in Ambler, Pennsylvania.

The loyal big sister last visited her brother Bob when she unexpectedly showed up at his house in Atlanta, Georgia; this time, Bob was the one who was shocked.
On July 4, Bob and his two adult children drove 13 hours to surprise Mary for her birthday. The emotional reunion followed. 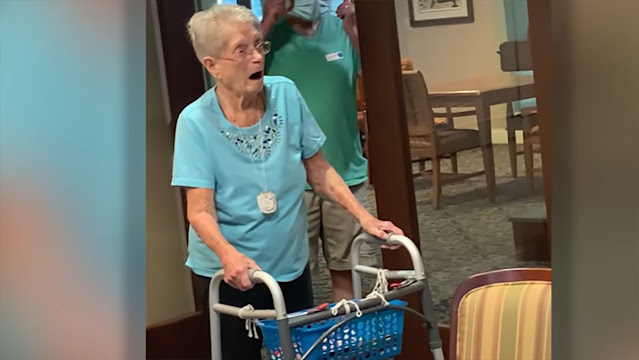 There wasn’t a dry eye in the house as granddaughters Morgan Taylor and Kenzie Hardin captured the priceless moment Mary first saw her brother on camera.

When Mary’s apparent amazement transforms to excitement, she reaches out and gives her younger brother the tightest embrace.
Everyone yelled “surprise” and wished her a happy birthday as she entered the room, which was decorated for her birthday and contained a cake.

Mary cried on her brother’s shoulder and gave her brother a loving embrace and a strong squeeze. On Facebook, the reunion film received close to 2,000 likes after being shared. 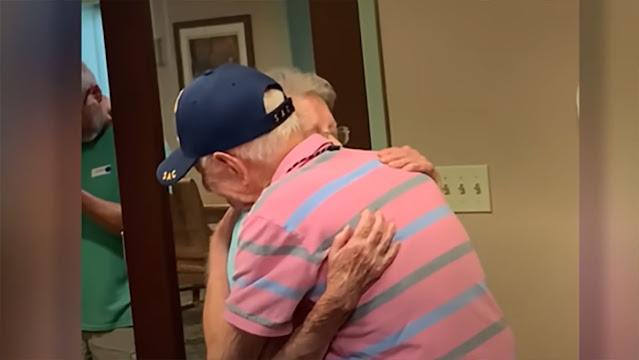 Morgan, the granddaughter, stated, “It definitely tugged at some heartstrings.” “I’m thrilled that he had the chance to see her one again, and she gave a priceless reaction. As a grandchild, all I could hope for was that they were both overcome with happiness and love.