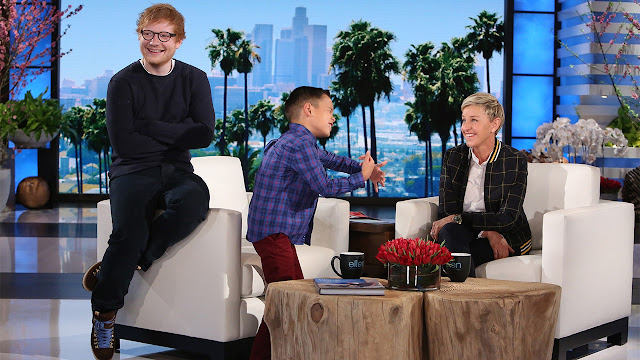 Talk show hosts frequently take a particular interest in a guest. The legendary talk show host Ellen DeGeneres can attest to this. Ellen enjoys having a certain superstar who is currently popular appear on her show.
That individual is eight-year-old Kai, a fan favorite on the show thanks to his singing talent and star presence. In this footage from 2017, Kai appeared on The Ellen Show and sang Ed Sheeran’s Thinking Out Loud. Little did he realize that the guitarist was watching his performance from from behind him! 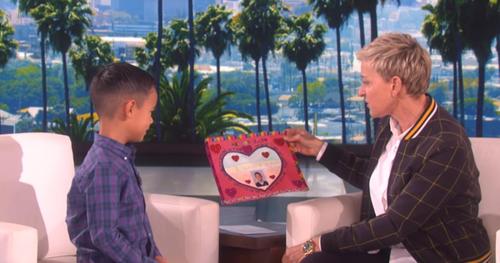 Kai, an eight-year-old vocalist, is Ellen’s favorite visitor. He made his television debut on Ellen’s show, when he sang a cover of Katy Perry’s Roar.
It was difficult not to be entertained by Kai’s performance due to his vivacious demeanor and flamboyant singing movements. 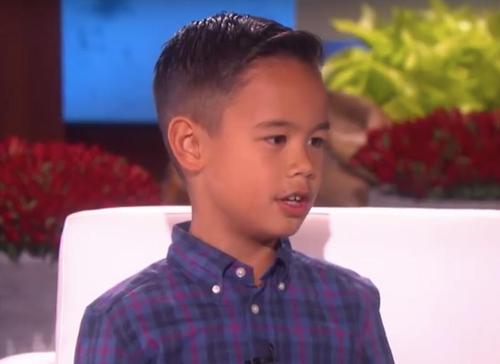 Kai’s second appearance on the show is now available in video form. This time, Kai selected the Ed Sheeran smash song Thinking Out Loud. For Kai, the song involved a risk. It was once honored with a Grammy for the year’s greatest song.
Kai started to sing and had a present for Ellen. A handcrafted frame with a picture of Kai inside was the present. Ellen asked the young singer whether he was prepared to perform for the crowd after they had a quick talk.

Without hesitation, the eight-year-old started singing right away. Kai closed his eyes and let the music carry him away. The audience was ecstatic and shouted enthusiastically. 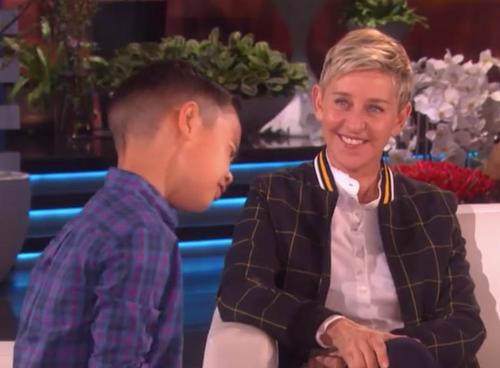 Ed Sheeran came on stage and sat down behind Kai as he neared the finish of his performance. Kai had no idea that Sheeran was there. Sheeran listened in awe as the small youngster completed singing the song while tapping his foot to the beat. Everyone could see how much the Grammy-winning singer was enjoying herself.
Until Sheeran ended the song, Kai was unaware of his presence. You’ll like seeing how he responds.
Ellen had a special present for Kai as an extra bonus. The youngster and his family received an all-expenses-paid vacation to Manchester, England, to see a soccer match.