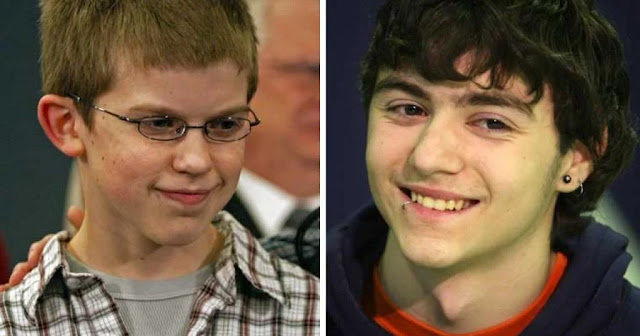 Shawn Hornbeck, then 11 years old, vanished near Richwoods, Missouri, in 2002 while traveling by bicycle to see a friend.
Shawn, who had been abducted by Michael Devlin, a 41-year-old manager of a nearby pizza parlor, lived in dread for four years as Devlin held him hostage in his Kirkwood, Missouri, home. According to the Daily Mail, Devlin kept Shawn chained up for a short time after taking him hostage. The small child didn’t flee even after Devlin released Shawn’s chains because he was afraid that Devlin may harm his family if he fled.
Devlin offered Shawn greater independence as he grew older, giving him a cell phone and allowing him to meet up with pals. Devlin prevented the youngster from attending school, which caused him to go missing and be held captive for years, up to 2007.

Devlin took another youngster, Ben Ownby, from a bus stop in January of that year. However, this time Devlin was seen, and someone alerted the authorities that a white pickup had raced off from the crime site. 50 miles from the location where Devlin abducted Shawn in 2002, that helped authorities find Devlin’s home in Kirkwood. Ben and Shawn, a 15-year-old, were both located by police when they made their arrest.
When the news originally broke in 2007, the rescue was dubbed the “Missouri Miracle” by the media, and Shawn told his tale on television alongside Oprah Winfrey and other well-known guests.
Nearly 20 years after Shawn initially vanished, Devlin is still incarcerated at the Crossroads Correctional Facility in Cameron, Missouri, where he is currently serving 74 life terms.

When police called Craig Akers to tell him they had located his kid, he said, “It is the phone call I will remember most for the rest of my life.”
“We’ve never had a better day than today. Even finding the right words to describe the experience is challenging. We worry that we will wake up since everything has seemed like a dream, Akers stated at the time.
Shawn attempted to contact his parents online throughout his four years of imprisonment in the hopes that he might give them a hint or give them a bit more hope.
“I had heard that you had visited a website to inquire about how long you would be searching for your kid. How did that make you feel? Was that an approach to engage with them? In 2007, Winfrey questioned Shawn.
Shawn said, “I was hoping that may offer some type of sign.
It appears that Shawn’s cries for assistance weren’t disregarded.
Shawn’s father said to Winfrey, “I remember reading that. “I distinctly recall thinking to myself that either that person with that name is here, or someone is attempting to yank my chain.”
“We had been stating all along that we would never stop seeking for our son, so we thought the world already knew the answer to that. It was peculiar.
You receive a ton of these mails. You receive a ton of strange, off-the-wall communications every day.
Since 2007 when police reunited Shawn with his family, a number of updates have been covered by the media.

Following the police’ successful rescue of Michelle Knight, Amanda Berry, and Georgina “Gina” DeJesus in a similar abduction case in Cleveland, Ohio, in 2013, Shawn talked to media for the first time in years.
“It was clear from my feelings and thoughts that I was happy. It demonstrates that miracles and hope still exist, and that people should never lose up since hope never goes away. In response to the three women’s rescue, Shawn, 21, told a nearby Fox station that you can’t go through life without it.

“You never experience a moment like that, and I’m sure the ladies felt the same emotion I did when they were reunited with their family,” he continued. “When I hear about individuals returning home, I immediately think about the day I did and saw my parents for the first time.

When Shawn’s father, Craig Akers, passed away in 2019, his tale made headlines once more. Akers was remembered by his family and friends for his generosity and commitment to assisting other families in finding their missing loved ones.
Even in 2020, fresh information about Shawn’s abduction kept coming to light. Kevin Palmer came across Shawn’s tale while reading web articles regarding missing children that year. He shouted, “That’s him!” as he saw Devlin’s picture.
Palmer said that in 1998, when he was returning from a video rental store, Devlin attempted to abduct him.
Former Franklin County, Missouri, Sheriff Gary Toelke, who worked on Shawn’s case, stated, “During the investigation, we found out that he did go seeking for other children, and he had approximately a 60 mile radius surrounding the region where he resided.”