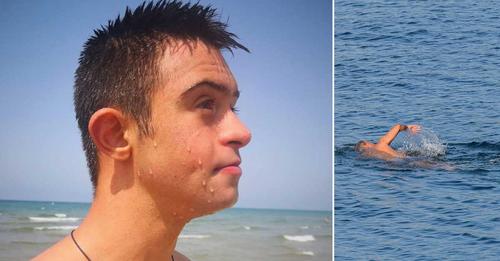 In a perfect society, everyone would have the innate desire to assist others in need.
Because we don’t live in a perfect environment, many individuals either freeze in emergency circumstances or react too slowly, which makes a successful outcome impossible.
Valerio Catoia, a young Italian guy with Down syndrome, is one child who has no problem at all running to help strangers.
He recently received praise for risking his life to save a young woman who was drowning at sea. He deserves to be praised for being the hero that he is.

Since he was a little child, Valerio has enjoyed swimming. He even participated in the Special Olympics after pushing himself to the very limit in the water and honing his discipline. 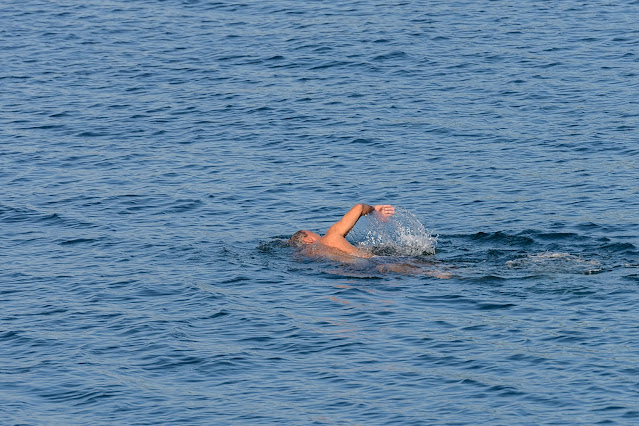 He just so happened to be there one day at a beach in Sabaudia, Italy’s Lazio region. He was outside enjoying the pleasant weather and the chilly water with his father. He had no idea that upcoming events would necessitate the use of his skills.
After a little period of peace, Valerio and his father heard the calls for assistance of two sisters, one of whom was 14 and the other just 10 years old. They were being carried out to sea by a powerful current. Valerio made no pauses at all. Instead, he dove into the water with his father and started swimming to their aid. He quickly arrived at the younger sister and executed a rescue maneuver he had practiced during a training.
He kept the girl’s head above water while he dragged her to the shore. According to ABC, his father did the same with the older sister.
The lifeguards took charge of the issue as they arrived at the beach. But make no mistake, the girls were saved from a very perilous circumstance by Valerio and his father.
Valerio suddenly gained notoriety and was covered by the media.

What a wonderful person Valerio is. He rushed to the rescue of two sisters who were in immediate need of his assistance without pausing for a second.