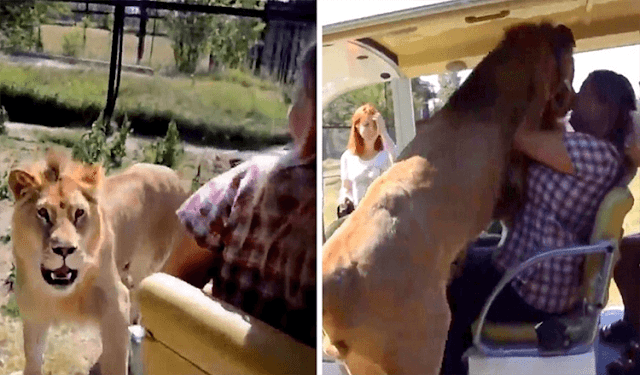 At the Taigan Safari Park in Crimea, Filya the lion has a distinctive style of greeting guests. The two-year-old animal is obstinately demanding a lot of love and attention from every person he encounters! Needless to say, his clinging actions usually catch tourists off guard!

On this video, we watch Filya’s charming quest to get to know everyone in the tourist safari car that is passing him. After lunging at the automobile and shooing the driver away while claiming the wheel, he greets the new humans with hugs and nuzzles. He urges every visitor to pet him like a dog and appears completely ignorant of his size! 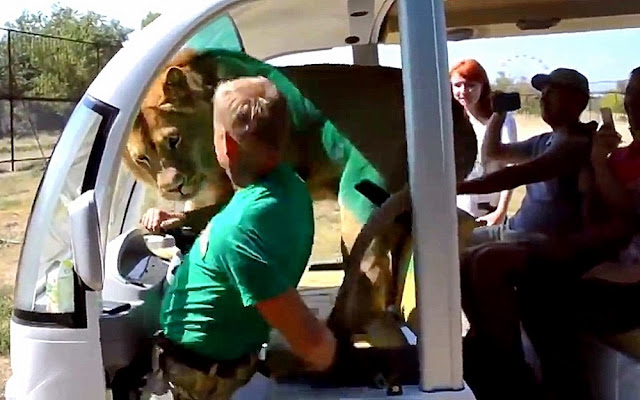 The visitors are first alarmed to see that a massive animal has trapped them. However, they soon warm up to him as they recognize his naive yearning for friendship. In a matter of seconds, Filya is blissfully caressing the visitors’ faces like a devoted pet. It appears that the jungle king is pretty picky about getting what he wants!
The driver had to drool-inducingly yank the cute Filya away from the tourists since he won’t go away by himself! Finally, the lion exits the vehicle and prepares to bid his new pals farewell. The poor creature does, however, appear really sad as the car pulls away from his enclosure. He’s such a darling and so gorgeous!