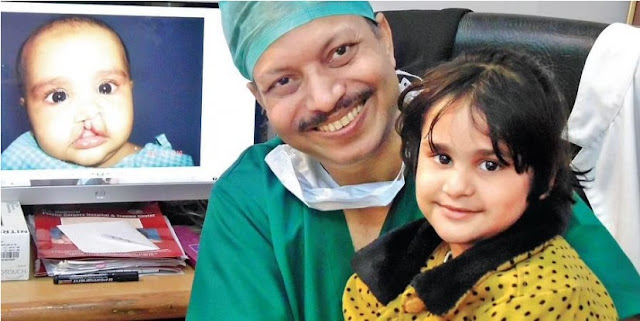 Cleft palates are a typical congenital defect. It can happen on its own or as a component of a hereditary disorder or syndrome. The opening in the mouth is the source of the symptoms, which make it difficult to talk and eat. Dr. Singh has received several accolades for his work helping the underprivileged; he attended the centre court of the 2013 Wimbledon Men Singles Final and was among the famous guests at the 2009 Academy Awards.
Modest beginnings

Gyan Singh, a railway clerk, had passed away in February 1979; it’s possible that insufficient medical care was to blame. “I have seen that little Subodh, who lost his father at the age of 13, in every cleft kid who has come to me. My parents, Gyan Singh and Giriraj Kumari (she passed away last year), taught me the importance of giving to the needy and living morally. For a divine purpose, I believe God created me a plastic surgeon rather than a businessman, says Dr. Singh.
Living in cramped railway lodgings in Varanasi, the family experienced financial hardship following the death of his father. Dr. Subodh recalls those challenging times clearly. “After my father passed away, we utilized any gratuities we had earned to pay off the loan. I sold handmade soaps with my older brothers and was frequently humiliated when I requested people to pay our debts, he explains. A few months after my father passed away, his eldest brother was given a position in the railroads out of sympathy, but the family’s financial situation was still quite precarious.
When his brother, a railway employee, earned his first bonus of Rs 579 in 1982, he utilized the money to cover young Subodh’s preparation costs for the medical entrance exam. Subodh was so moved that he made the decision to honor his brothers’ efforts by passing three medical admission examinations in 1983: the Armed Forces Medical College (AFMC-Pune), the BHU-PMT, and the UP state Combined Pre Medical Test (CPMT). He chose BHU so he could assist his brothers and his widowed mother in running a general business. 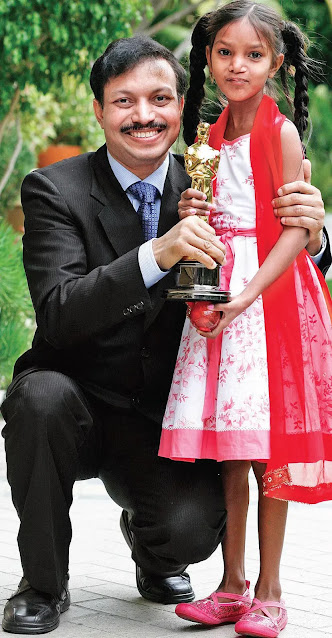 The route of smiles

Dr. Singh started a free treatment week in 2002 to commemorate the passing of his father. In 2003–2004, he began conducting corrective cleft procedures and joined the Smile Train initiative (globally the largest cleft surgery-focused organisation). “By December 2005, we established a goal of doing 2,500 cleft operations. The Smile Train India team advised us to go for merely 500 free operations by the end of 2005 since they thought our objective was too lofty. By the end of 2004, we had surpassed that number, and by the end of 2005, we had over 2,500,” adds Dr. Subodh. Since 2008-09, we have carried out more over 4,000 free cleft operations each year as part of this campaign.

Dr. Singh created an outreach program to follow cleft children from all across the country, notably eastern and northeastern India, with the help of his team of plastic surgeons, social workers, nutritional specialists, and speech therapists. “We have reconciled couples where the husbands had left the wives for having a cleft baby, in addition to correcting congenital abnormality. Through targeted nutritional assistance training programs, our team has helped save hundreds of extremely malnourished cleft children, he said.
Kartik Mondal, a laborer from Malda (West Bengal), recalls how Dr. Singh and his staff saved his five-month-old son Sonu, who was extremely starved before having his cleft lip and palate abnormality fixed. “A government hospital in Kolkata told us to wait for surgery instead of treating my baby. However, he was given a new life by Dr. Singh and his staff in Varanasi. For my family and I, the doctor is a god, says Mondal.

Dr. Singh is a trainer and speaker for the Smile Train program on a global scale. His hospital in Varanasi has grown into a significant training facility for cleft lip and palate surgeons from all around the world. “In April 2004, when we launched this program, patients’ average ages were 10.8 years. Now that the average age is one year, we are getting closer to our goal of correcting all cleft children’s smiles through surgery as early as three months old. Three-month-old babies to a Bihar woman who was 76 years old have been among his patients.
Megan Mylan created the 39-minute documentary Smile Pinki (2008) as a result of being inspired by the Smile Train initiative. The video demonstrates how Dr. Singh and his staff improved the quality of life for young Pinki Sonkar, who was born with a cleft palate (from Rampur Dabahi Village of Mirzapur, East UP). It received the Best Short Documentary Oscar. At the Academy Awards ceremony in the US in February 2009, Pinki and Dr. Singh both saw the historic event. Four years later, Pinki Sonkar was given the privilege of tossing the coin before Andy Murray and Novak Djokovic’s Men’s Singles Final match at Wimbledon’s Centre Court in Dr. Subodh’s presence.
In order to save the lives of critical burn victims, Dr. Subodh and his colleagues have also done 6,000 free extensive burn procedures. His work served as the impetus for the 2015 National Geographic documentary Burned Girl, which chronicled the life of Ragini, a nine-year-old girl whose childhood burns were surgically repaired by Dr. Singh.
Unusual honor