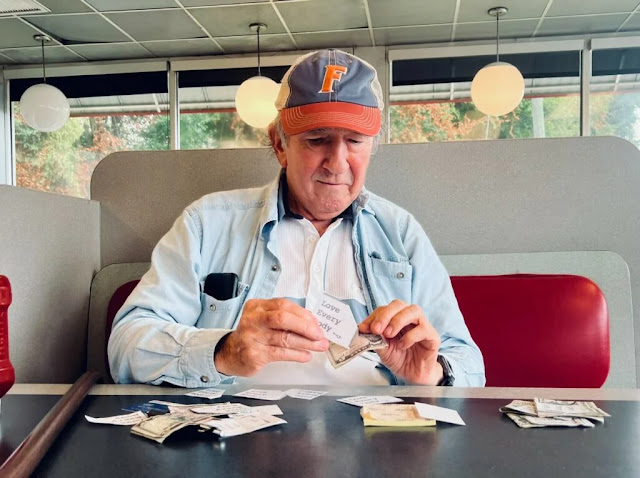 Random deeds of kindness have a peculiar way of accumulating over time. Despite the fact that they sometimes go unreported, one Florida man’s eight-year adventure has gone popular on Twitter thanks to Kevin Cate.
While eating with his pals at a Waffle House in Midway, Kevin observed the man. He drew his notice since he was affixing notes on bills. When I asked the man what he was doing, he answered that he had been giving away $1 and $5 bills to random people since 2014.

He claims to have given out more than $13,000 to total strangers over the past five years, typically at his favorite eatery, Waffle House, where he frequently eats. Each one has a note attached to it. Kevin was understandably curious in these notes and wanted to learn more about them. 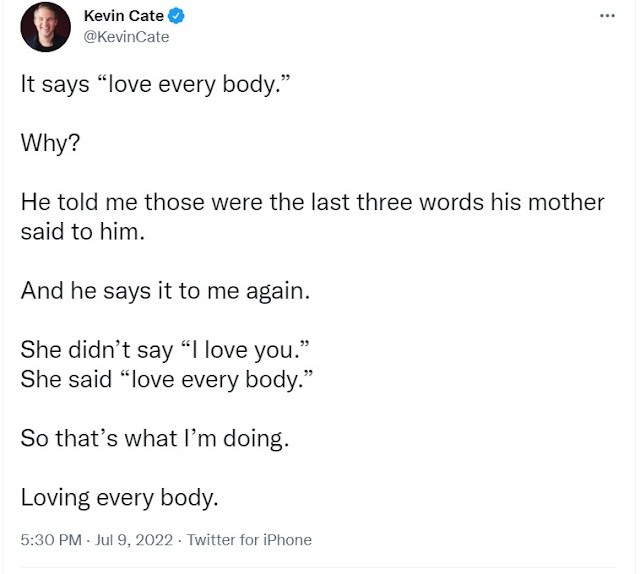 Thousands of people have witnessed this compassionate man’s tale on Twitter alone, and he has helped many others over the years. It appears that others are being encouraged to either come up with their own “love everybody” stories or to share their own.
We are grateful to the unnamed, kind man from Midway, Florida. Mom would be extremely pleased with you!