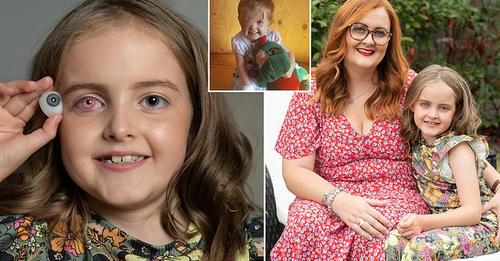 After losing her own eye to cancer as a youngster, a schoolgirl says she can’t wait to show off her new sparkling, pink prosthetic eye when classes resume next week.

When Daisy Passfield, now eight, was barely 14 months old, doctors in Hertfordshire discovered a grade D tumor in her retina. The toddler had chemotherapy to reduce the tumor, but two months later, it started to grow again, necessitating the entire removal of her right eye by medical professionals.

A few months later, Daisy had a four-hour treatment; her family had thought a modern method to dissolve the tumor would be effective, but it didn’t, and they decided to remove Daisy’s eye out of concern that it might spread. Eight-year-old Daisy Passfield of Hertfordshire was given a prosthetic eye at the age of two after undergoing surgery to remove her own eye at the age of two due to a grade D retinal tumor.
The student claims that instead of keeping her previous blue prosthesis, she wanted to acquire a more beautiful pink one that sparkles more.
The eight-year-old first selected a blue prosthetic eye, but this year she made the decision to glam up her appearance.
The self-assured adolescent shocked her family and physicians by requesting a replacement eye in her preferred shade of pink glitter.
To Daisy’s joy, she is now delighted to display her “superhero” eye, which friends claim resembles a unicorn or a dragon. 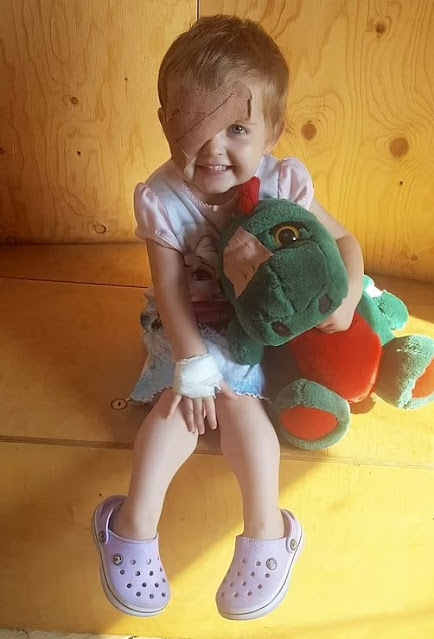 Daisy, a resident of Abbots Langley, Hertfordshire, expressed her joy at having a pink glittery eye that everyone can see. I can’t wait to show off my glittery eye to the entire school.
“I believe they will adore it just as much as I do. Everyone I’ve talked to has complimented it on how gorgeous it is.
She claims that her new eye has already been compared to “superhero eyes, dragon eyes, and unicorn eyes” by admirers, and she adds, “I enjoy all those things.”
Daisy’s mother, Alysia Passfield, 30, described the process of receiving a diagnosis for her daughter’s ailment as “difficult.”
Alysia said that when seeing a photo of Daisy, she saw there was a problem. “I noticed from a snapshot – she had a white light in her eye and her eye had a gloss over it,” she said.
The most typical signs are a squint and a white glow in the pupil or eye in low light or when a photo is taken with a flash.

In October 2015, she received a retinoblastoma diagnosis, an uncommon and severe kind of eye cancer that mostly affects infants and young children under the age of six. When given a diagnosis, Alysia expressed her “relief,” adding, “I felt there was something wrong.”
I was obviously unhappy and a little taken aback. Daisy underwent six rounds of chemotherapy in an effort to reduce the tumor, and she handled it with ease. Daisy was completely well.
Daisy began intra arterial chemotherapy, a more recent method intended to decrease the tumor, after suffering a regrettable return two months after finishing her chemotherapy.
A novel technique called intra arterial chemotherapy delivers chemotherapy chemicals directly to the eye as opposed to dispersing them throughout the body.
For the procedure, which entailed inserting a catheter via the femoral artery and into the ophthalmic artery, Daisy received a general anesthetic.
Once the catheter is in position, the chemotherapy medication is given through the tube and is able to directly treat the eye tumor or tumors.

The therapy has divided the tumor into many pieces rather than reducing it.
By September 2016, we decided to remove her eye since the treatment she had had divided the tumor into several pieces and we didn’t want it to spread, according to Alysia.
Alysia claimed she was operating on “autopilot” the whole time the procedure, which lasted around four hours. 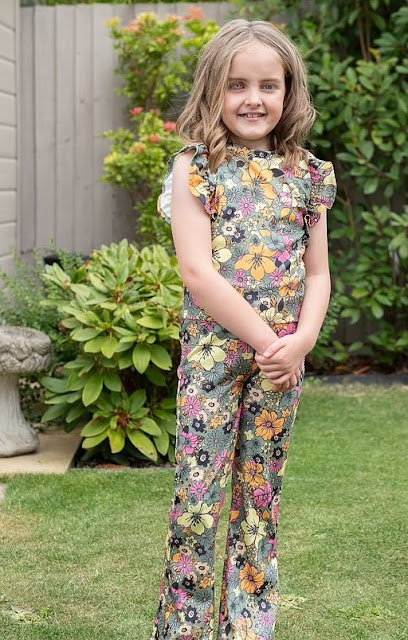 Daisy received a blue eye that matched her natural eye color after the surgery.
On July 28, 22, Daisy received a new eye. Daisy has always loved shiny objects, makeup, and making herself appear attractive, according to Alysia.
We arrived at our appointment, and I mentioned to the woman that Daisy had a different color eye. She responded that they could do that.