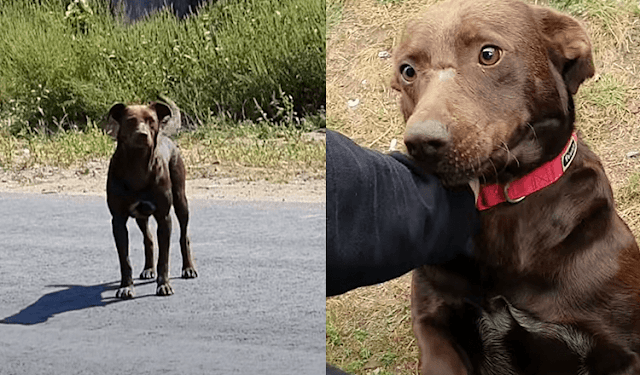 The adorable stray puppy named Remy was discovered by the non-profit group Howl of a Dog, which has been protecting pets.
He has been waiting in the same spot every day for someone who cares to look after him.

He was encountered by the rescuers during their spay-neuter program in Romania’s rural districts. 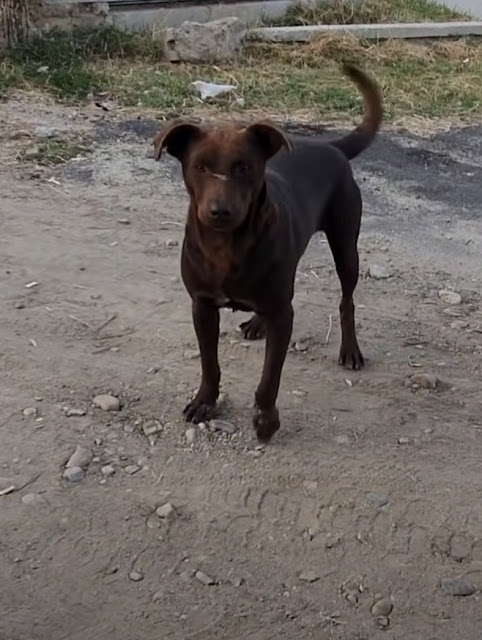 Dogs are typically maintained in Romania’s rural areas solely as “tools” for protection or guarding, not as part of the family.
Additionally, there are still numerous outdated, brutal “traditions” where many dogs get their noses burned with a hot iron in an effort to strengthen their immune systems and treat distemper.
Despite his warmth, Remy hasn’t received a house offer; he’s been left on his own. They searched the neighborhood throughout their stay for a home for him, but no one was interested. It’s fortunate that the rescuers chose to take him with them and began seeking for a family outside of the remote region for him. 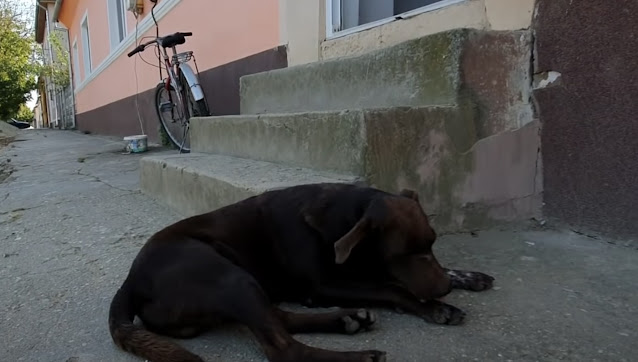 He deserves a contented home since he is a kind dog.