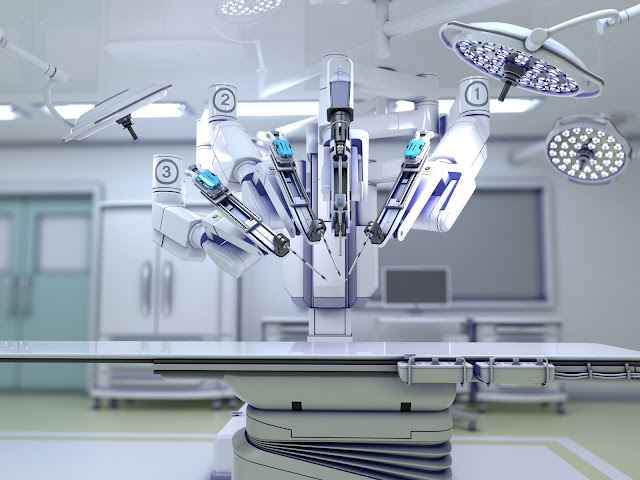 A robot has done laparoscopic surgery on a pig’s soft tissue without the assistance of a human, marking a huge step forward in robotics toward fully automated human surgery. The Smart Tissue Autonomous Robot (STAR), developed by a team of Johns Hopkins University researchers, was published today in Science Robotics.
“Our findings suggest that one of the most complex and sensitive procedures in surgery, reconnection of two ends of an intestine, may be automated. The technique was done on four animals by the STAR, and the results were much better than those obtained by humans conducting the identical process “Axel Krieger, an assistant professor of mechanical engineering at Johns Hopkins’ Whiting School of Engineering, is the senior author.
The robot performed exceptionally well at intestinal anastomosis, a technique that necessitates a high level of accuracy and repeated movements. The most difficult stage in gastrointestinal surgery is connecting two ends of an intestine, which requires a surgeon to suture with extreme precision and consistency. Even the tiniest hand tremor or missing stitch might cause a leak with potentially fatal consequences for the patient.
Krieger assisted in the development of the robot, a vision-guided device intended particularly to suture soft tissue, with researchers at the Children’s National Hospital in Washington, D.C. and Jin Kang, a Johns Hopkins professor of electrical and computer engineering. Their new version improves on a 2016 model that accurately restored a pig’s intestines but required a huge incision to gain access to the bowel and additional human direction.
The researchers added additional capabilities to the STAR for more autonomy and surgical accuracy, including as specialized suturing tools and cutting-edge imaging systems that offer more precise representations of the surgical field.
Because of the unpredictability of soft-tissue surgery, robots must be able to adapt fast to overcome unanticipated barriers, according to Krieger. The STAR features a unique control system that allows it to make real-time adjustments to the surgical plan, exactly like a human surgeon.
“What distinguishes the STAR is that it is the first robotic system capable of planning, adapting, and executing a surgical plan in soft tissue with minimum human interaction,” Krieger explained.
STAR is guided by a three-dimensional endoscope based on structural light and a machine learning-based tracking system created by Kang and his students. “An sophisticated three-dimensional machine vision system, we feel, is critical in making intelligent surgical robots smarter and safer,” Kang added.
As the medical community evolves toward more laparoscopic surgical methods, Krieger believes that having an automated robotic system tailored for such operations would be critical.
“Robotic anastomosis is one method to assure that high-precision, repeatable surgical operations may be completed with more accuracy and precision in every patient, regardless of surgeon competence,” Krieger said. “We believe this will result in a more democratized surgical approach to patient care, with more predictable and consistent patient results,” says the team.
The team from Johns Hopkins also included Hamed Saeidi, Justin D. Opfermann, Michael Kam, Shuwen Wei, and Simon Leonard. Michael H. Hsieh, director of Transitional Urology at Children’s National Hospital, also contributed to the research.