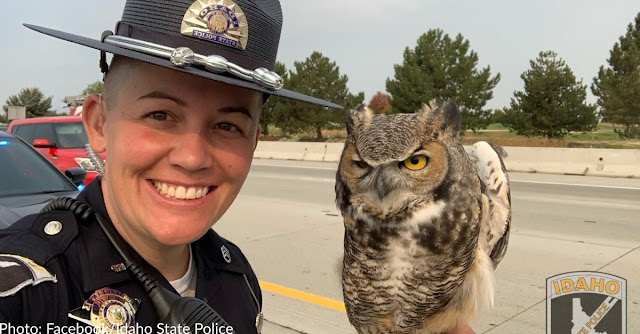 Fortunately, the owl was rescued from the plastic bag by the wildlife rehabilitator who was summoned to the site as fast-moving traffic passed.

Not every hero dons a cape.
Concerned passengers on I-84 in Nampa called the Idaho State Police (ISP) many times to report seeing a Great Horned Owl trapped in plastic.

Sgt. Brandalyn Crapo was dispatched to the location along with a call to the animal rescue group Animals in Distress for assistance.
The owl had supposedly been there for some time, and traffic is quite high on that section of motorway.

When Sgt. Crapo arrived, she saw the owl in the median and blocked oncoming traffic with her patrol cruiser. 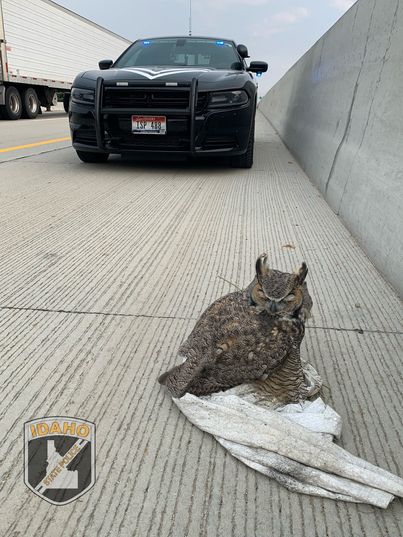 Such wonderful birds are owls.

Har.m waited for a volunteer with the wildlife rescue to show up once the owl had been moved out of her path.

Before releasing her, they quickly examined her to make sure she had not been injured.
After that, the volunteer removed the owl off the busy road and released her.

Many thanks to the policemen that helped the lovely Owl in need! It is fantastic.