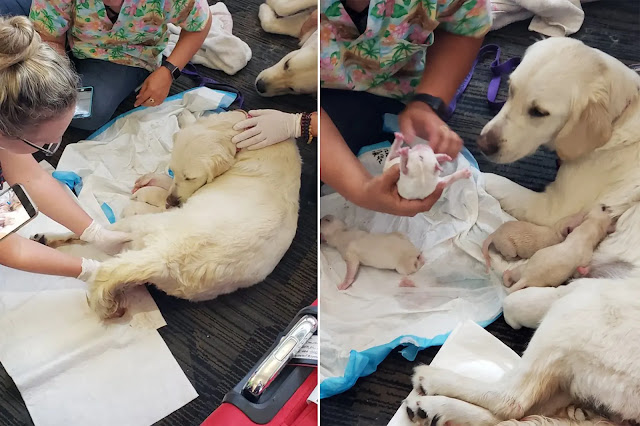 While being held at the airport, Eleanor Rigby, a Labrador service dog, gave birth to a litter of eight puppies. In 2018, she was traveling with Diane Van Atter and the pups’ father, Nugget, at the Tampa International Airport in Florida. When Eleanor went into labor in the midst of the airport, everything was going according to plan.
Many passengers remained around to witness the action as it unfolded. Some others used social media to share their own stories. One individual informed Fox News 13 that they had been there ever since the birth of the sixth dog. Another described how Eleanor caused pandemonium at the airport. 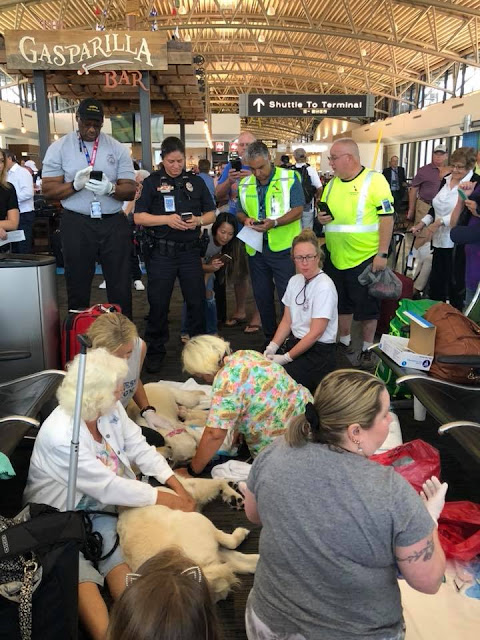 One passenger told Fox News 13: “I’ve been here since puppy number five…already It’s on Instagram, and we’re getting loads of likes.”
The reporter continues by describing how Eleanor went into labor just as she was ready to board a flight headed for Philadelphia. At that point, the fire department intervened and helped deliver the puppies. Eleanor is now the mother of 7 boy puppies and 1 girl. Her hands will be full!

Paramedics from Tampa Fire and Rescue were pleased to assist and made sure Eleanor had as little trouble as possible. All appeared to be in good health and were delivered without incident. The paramedics made jokes about naming the puppies after themselves and the girl after the Fox News 13 reporter who was present, Natalie.
Even though Eleanor, Golden Nugget, and Diane Van After missed their trip, they didn’t appear to be too upset about it. Since they were traveling home, they had nowhere to go. Home was just what they needed after all the chaos. 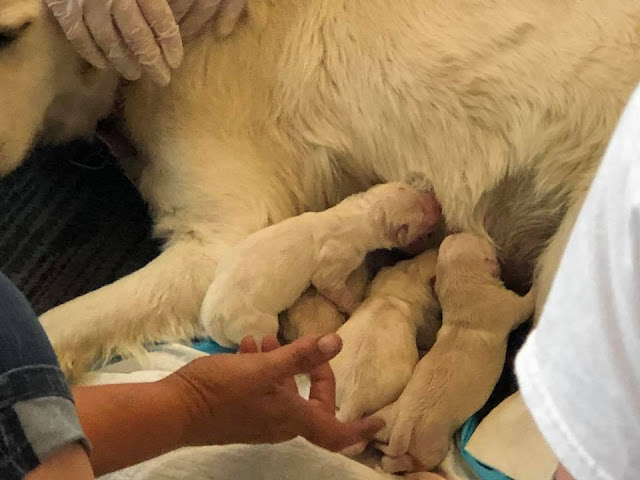 Sadly, they were unable to fly after giving birth to puppies. They would have no choice but to drive. This is being done to keep the pups as safe as possible. The majority of airlines don’t allow newborns under two days old, and occasionally they have rules that the infant must be older than two weeks.
It takes considerably longer to get a dog. We regret that they were unable to travel, but we know that their journey was enjoyable with all of those adorable puppies!