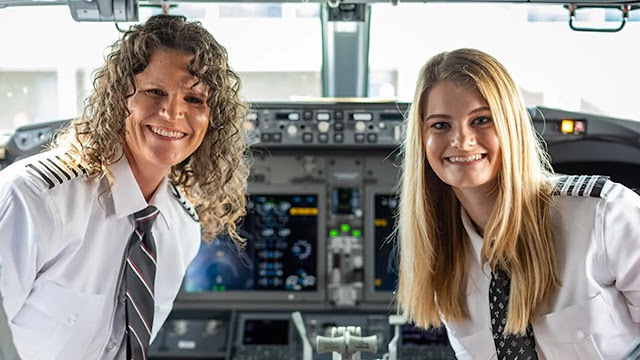 DELTA – Last Saturday, Southwest Airlines customers traveling from Denver, Colorado, to St. Louis, Missouri, experienced one of the most heartwarming flights in aviation history.
Captain Holly Petitt and First Officer Keely Petitt were its pilots, a mother-daughter team that the business claims is a first for its flights.

Southwest claims that Holly first began to have dreams of becoming a pilot when sitting in the jumpseat while working as a flight attendant for another airline. While she and her husband supported their three children, she took flying training.
Keely grew up and exhibited her mother’s traits. She aspired to become a pilot when she was 14 years old, much like her mother. In order to pursue a career in aviation, she obtained her pilot’s license and completed a fall 2017 internship with Southwest Airlines.

Southwest was always Keely’s ultimate destination, she stated in a press statement. Actually, there was never any other choice.

Keely returned to the airline as a pilot, and on July 23 she flew alongside her mother on Flight #3658.

The airline said in a statement that Holly and Keely “are not only creating Southwest history, but also shattering barriers and motivating women of all ages to follow their ambitions in aviation and pun intended, strive for the skies.”