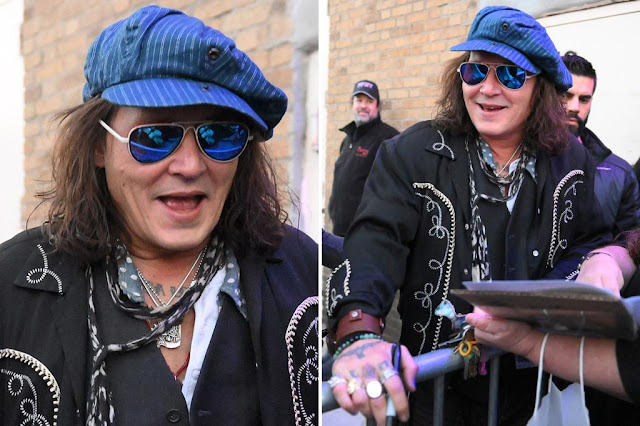 Johnny Depp’s unveiling of a new appearance has alarmed his admirers.
On Saturday, the Pirates of the Caribbean actor was in New York to mingle with the fans before a performance.
The 59-year-old was wearing his usual thick rings, dark sunglasses, and beret-style hat, but admirers immediately noticed something was missing from his ensemble.

The actor chose a clean-shaven appearance for the first time since before his famous defamation trial earlier this summer, shaving off his goatee and mustache.
To put it mildly, fan reactions to the new design have been mixed.
Following the emotional turmoil of his trial against his ex-wife Amber Heard, some devoted Depp fans defended the actor’s new appearance, saying that he didn’t actually seem that different and that even if he did, it was only natural.

Johnny Depp unrecognizable as he poses for selfies with fans in NYC https://t.co/3iyTSyyzST pic.twitter.com/I4kI3ExqnJ

One user responded, “It’s called being joyful after a breakup,” while another defended the celebrity, saying, “He’s very identifiable if you have eyes.”

Others, on the other hand, believed that the Edward Scissorhands actor resembled a variety of other celebrities more than he did.

One person said, “This is Tarantino in a wig and you know it.” Another person commented, “Looking like @OzzyOsbourne these days,” and a third asked, “Did he dress up like Sam Kinison for Halloween?”

He reminds me of Robert De Niro as Jimmy Savile, a fourth person commented, while a fifth person tweeted directly, “Looks like Johnny’s homeless granddad.”

The celebrity didn’t look great, and this seemed to be a consensus among many people. Looks like the drugs and booze are catching up with him quickly, as one guy put it.

They're not joking when they say unrecognizable https://t.co/Ywhb82WcXR

Another person chimed up, “They’re not kidding when they say unrecognizable.

Since his court case, Depp has made several public appearances with a clean-shaven face. At the Helsinki Blues festival in June, he made his fashion debut. 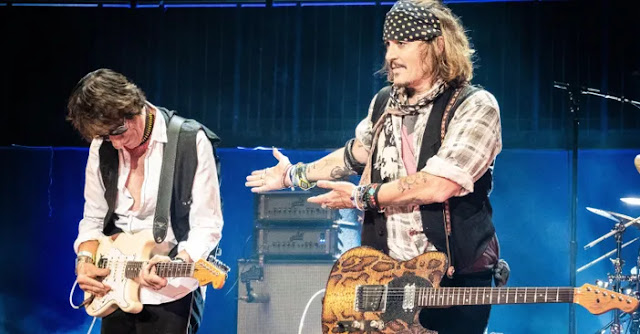 The musician-turned-actor was in New York to play with Jeff Beck, a rock and roll great and buddy. Depp has started a music career after winning his high-profile defamation case against Heard. This summer, he even released an album with Beck.