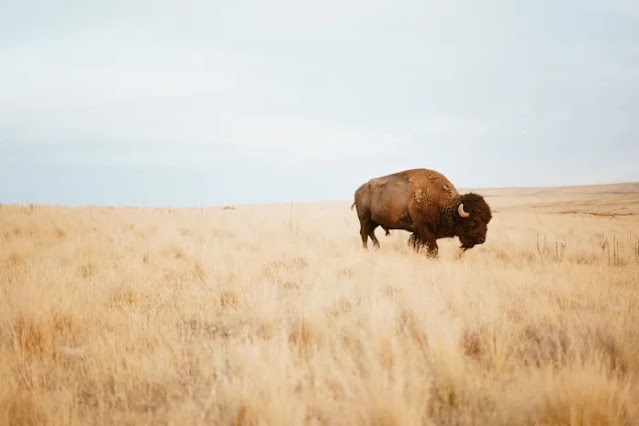 Between 30 and 60 million bison roamed wild in North America before the mid-1800s. Although they were widespread over the nation, the Great Plains was where the majority of them lived. Numerous factors contributed to their fall in North America, including drought, the introduction of horses, and excessive hunting that resulted in up to 25,000 annual deaths.
About 31,000 bison still exist in North America today. There are 20,000 and 11,000 plains and wood bison, two subspecies, respectively. The Rosebud Sioux Indian Reservation in South Dakota can now house 60 more bison.
This release is one of several that will happen during the fall and winter with the goal of growing the herd to 900 animals by November. They anticipate that number to increase by another 100 to 1,000 bison in the spring when calves are born. It is the biggest bison herd under Native American management.
According to Dennis Jorgensen, manager of the World Wildlife Fund’s bison program, “When the bison were released there was some initial hesitation to leave the corral where they were being kept to acclimate, but once a couple of animals slowly made their way out the rest began to run and you could hear and feel the thundering of their hooves on the prairie as they set off exploring their new home at Wolakota.”
“One of the most moving aspects of witnessing the bison come home to the prairie was the presence of so many community members and their expression of sheer gladness at having the buffalo back on the land.”
You may notice their first hesitancy in the video below. They appeared to move slowly away from the location of their discharge. They fled in a rush after realizing they had more than 28,000 acres to explore. See below:

According to Jorgensen, it is crucial for the natural ecosystem as well as the tribal populations that call the Walakota Buffalo range home that these animals are returned to their original habitat. By 2025, they intend to rebuild five 1,000-bison herds on the Northern Great Plains.

According to Jorgensen, the effort is mostly in response to the community’s desire to bring the bison back to tribal territory and the Wolakota Buffalo Range after a nearly 140-year absence.
He stated, “Bisons are natural grazers in the Northern Great Plains and will start interacting with other native species of plants and animals on the terrain that they evolved with over thousands of years, restoring their ecological role in the system.
“Cultural rejuvenation is also brought about by the reintroduction of bison. The youngsters are being taught about their language, culture, and links to the land, the bison, and Lakota lifeways (Wolakota in the Lakota language) at a Lakota immersion school that REDCO has constructed.