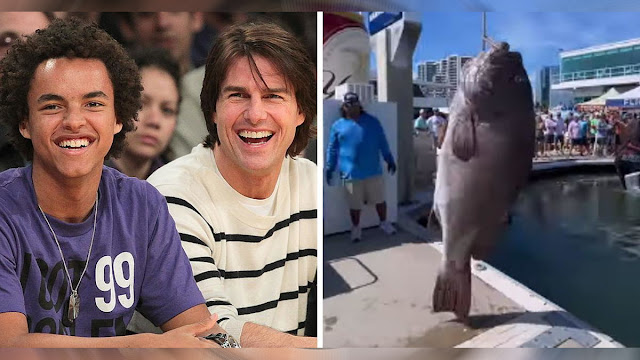 Tom Cruise is one of Hollywood’s biggest performers, and his career has spanned four decades thanks to his appearances on our screens since 1981. Tom, now in his 60s and a star since he was 21, has lived his whole adult life in the spotlight.

The actor also had some infamous relationships along the road. His second marriage to Nicole Kidman overshadowed his previous marriage to actress Mimi Rogers as the one that thrust his personal life into the spotlight. Isabella Jane and Connor Anthony Cruise were adopted by the couple over their 11 years of marriage. Their marriage, however, ultimately failed, and they divorced in 2001.
After that, Tom dated Spanish actress Penelope Cruz for three years before falling in love with Katie Holmes, one of America’s sweethearts. When Tom declared his love for her while jumping up and down on the couch during an appearance on “The Oprah Winfrey Show,” their relationship garnered media attention. Suri Cruise, the couple’s daughter, was born in April 2006, however their union also failed to survive, and Holmes requested a divorce in 2012.
Tom hasn’t openly dated any other ladies since that time. Instead, he focused on being a good parent to his three kids throughout that period. Nowadays, Suri is still a teenager and Isabella and Connor are both grownups. All of Tom’s children have led peaceful lives away from the spotlight, but Connor is the only one who has truly opted for a laid-back existence of fishing in Florida.

On January 17, 1995, Connor was born in Florida, which also happens to be where he now resides. Soon after his birth, his parents adopted him and he became the third member of their family; they had previously adopted Isabella. Despite having extremely well-known parents, Connor’s parents tried their best to shield him and Isabella from the spotlight and offer them a rather ordinary life.

The rest of the 1990s saw Tom, Kidman, Isabella, and Connor as a happy family, but by 2001, when Tom filed for divorce, things had changed. One year before Kidman was scheduled to star as author Virginia Woolf in “The Hours,” the pair split up. She won the Best Actress Golden Globe Award and the Academy Award for the performance. However, she acknowledged that the film’s serious subjects and her own personal difficulties at the time made her feel unhappy in an interview with BBC Radio 4’s This Cultural Life, as reported by the Daily Mail. In her account of her marriage’s dissolution, she said: “When things didn’t work out, I had to really dig deep and overcome depression. I don’t look back on any of it. It was all a part of maturing.

After the divorce, there were accusations that Kidman’s bond with her kids had been broken. The charges concerned the fact that Kidman had quit Scientology while her father had continued to practice it with Isabella and Connor.

Connor left Hollywood for a tranquil existence near the Scientology headquarters in Clearwater, Florida, where he spends his days fishing. fishing at great depths, specifically. Even Connor has taken part in the sport. According to an AOL report, Connor is employed by 2 Shea Charters, and his fishing crew placed third in the Rotary Club of Clearwater’s Kingfish Tournament.
According to a source who talked with Radar Online, Connor has a really happy life, rising at five in the morning and spending the entire day on the water. “This is truly a dream job for him,” they claimed, “since he loves being out on the sea.” It appears that his way of living has also given him parental independence. The source said that because of his new work, Connor has “actually shocked himself at how much he appreciates being reasonably independent.”
Connor frequently posts photos of his catches to Instagram. His photos show the enormous fish he’s caught, and the wide smile on his face each time indicates that he is genuinely content with his life. Connor caught a 301-pound Warsaw in August 2022 by utilizing a hand crank, a unique fishing tool. He jokedly referenced his father’s movie in the title of the video, “got it done with the boys,” along with the hashtag “TopFish.” In the video, his shipmates were seen hugging and congratulating one another on their enormous catch. If the fish is Connor’s big catch or just another chapter in his idyllic coastal life, only time will tell.